Without a doubt, Elden Ring has the potential to become one of the best RPG's in video game history. If you like this genre you should definitely give Elden Ring a try.

Elden Ring is an open-world action RPG that takes place in a dark and gruesome world. It is a truly massive game where you will find yourself exploring, collecting gear, leveling up and battling tons of frightening fantasy creatures. Elden Ring was co-written by the famous American novelist George R.R. Martin. 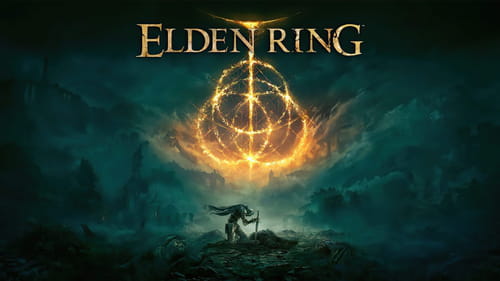 Elden Ring takes place in a world that goes by the name of The Lands Between. The Lands Between was once a graceful place where all inhabitants used to live together in harmony, mainly thanks to the existence of the Erdtree. This is an enormous luminous tree that derives its power from the Elden Ring. However, The Lands Between suffered a drastic transformation when Queen Marika the Eternal claimed the throne. Marika's offspring, who are a species of part-human and part-divine demigods, soon discovered that the shards of the Elden Ring known as the Great Runes, would give them special strengths. This event triggered a war referred to as "The Shattering". As a result of the war a group of native inhabitants called the Tarnished was left exiled from the Lands Between.

As a player of Elden Ring you are one of the Tarnished. Your goal is to travel back to the Lands Between and reveal the mystery of the Elden Ring by exploring the countless dungeons, caves and catacombs. During your journey you will encounter a vast amount of monsters and other fantasy creatures to defeat. You will need to gain re-admittance into the society of the Lands Between and do everything in your power to become the Elden Lord.

Elden Ring features top-notch visuals that are impressive in every sense of the word. The game looks and feels truly "next generation", especially if you are lucky enough to be the owner of a high-end PC. The same goes for the sound effects and the game's original soundtrack, which was created by five renowned video game music composers: Tsukasa Saitoh, Shoi Miyazawa, Yoshimi Kudo, Yuka Kitamura, and Tai Tomisawa.

Elden Ring is an action role-playing game that can be played in a single-player offline mode, as well as in multiple online co-op modes. You can jump into a multiplayer game at any given moment in time, either by inviting players into your common game or by being summoned into another player's game. Beating the single-player campaign can take anywhere between 60 and 80 hours.

"Overall, Elden Ring is slightly held back by some lacking information in the UI, the uneven nature of the difficulty towards the endgame, and the inconsistent performance on the PC platform. Despite this, it's an incredible experience and will be one of the best games you’ll play this year". (Stevivor)

The game has been rated PEGI 16 as it contains scenes of strong and realistic violence, involving both human and fantasy characters.