What is LightShot? LightShot is a software that allows users to take customized screenshots. It was developed by Skillbrains and is suitable for both experienced and inexperienced users. In this article, we discuss some of the app’s key features, as well as some additional information. 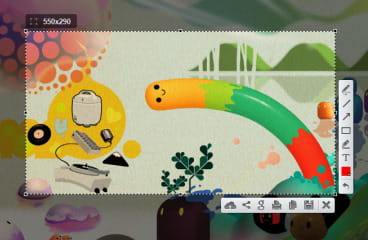 Here are the main features of the LightShot screenshot app:

How to use LightShot?

As mentioned above, the software is quite easy to handle. If you aren’t sure how to start, then we recommend watching the official video tutorials.

LightShot users have reported in the past the software’s questionable Privacy policy that we recommend reading before installing.

You can download and use this app for free.

In order to run LightShot on your PC, you need Windows XP and later.
Images: LightShot