After 2020 was heavily impacted by the coronavirus pandemic and affected millions of people, the expectation for 2021 is to have a successful vaccination plan against Covid-19, and perhaps, claim victory over the virus. In December 2020, a few dozen vaccines were applied in the United States and the United Kingdom. Vaccination campaigns are being set in place all around the world with different immunizers and priority groups. In this article, see how to follow the numbers of vaccinated people around the world and the overall Covid-19 vaccine progression. 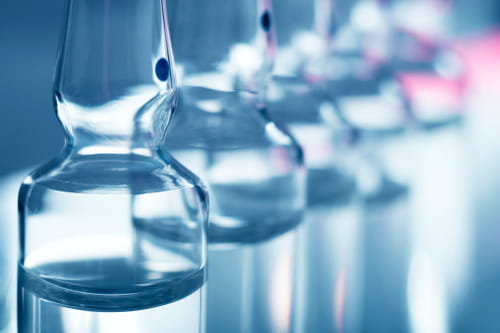 How to Follow the Numbers of Vaccinations Around the World?

Since the beginning of the first vaccination campaigns around the world, some initiatives have emerged to monitor the number of immunizers already administered on the planet. One of them is from Our World in Data, linked to Oxford University. The data is updated daily, based on reports from health authorities issued from each country. 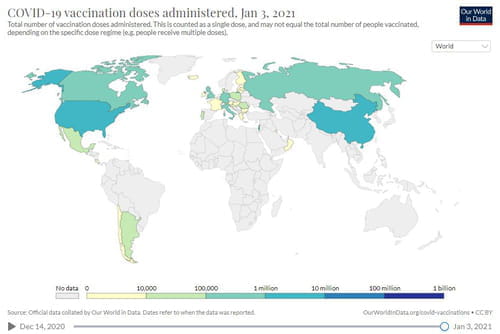 In addition to the total doses administered in each country, the site also calculates the percentage of inhabitants of each country that has already received the immunization. At the time of publication of this article January 14th, more than 30 million doses had already been computed by Our World in Data. The leader of the ranking is the United States, with more than 10 million vaccines administered. In the United Kingdom a total of 3.07 million vaccines have been applied, making it the leading country in the European continent against the race to Covid-19.

How Many People Have Been Vaccinated in the World?

On December 8, the United Kingdom was the first country to start a mass vaccination campaign against the coronavirus. To begin, countries prioritize elderly and health professionals for immunization. In addition, all people must receive one or two doses of the vaccine to be immune to the virus.

With an emergency use of the vaccine released since mid 2020, China is one of the countries that has vaccinated a vast majority of its population. A total of 24 million doses have already been distributed, and authorities say 50 million people will be vaccinated by mid-February.

A number of other countries, mostly highly developed countries, are also already implementing vaccination campaigns for their citizens. Among them are the United States, Canada, the 27 European Union member states, Israel and Russia. In Latin America, Mexico, Costa Rica, Argentina and Chile have already begun their immunization campaigns with more than 3 million people vaccinated.

Related
This document, titled « How To Follow Covid-19 Vaccine Progress », is available under the Creative Commons license. Any copy, reuse, or modification of the content should be sufficiently credited to CCM (ccm.net).
Previous

How To Learn Languages With Apps?

Appreciate your efforts in keeping us up to date

The Best Digital Christmas Gifts
How To Learn Languages With Apps?