Are you a fan of TV and can't wait to start some new interesting shows? Have you already watched the entire Netflix catalog and decided to subscribe to Prime Video? With some of us still passing most of our time at home, there is not much else to do but to enjoy original series and binge watch the weekend away. In this article we recommend some of the best TV shows on Amazon Prime Video so you can start your next streaming marathon from the comfort of your home. 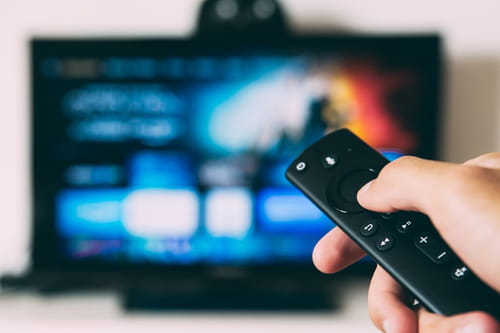 The Boys is a must-see series for fans of comic books (as well as dark and irreverent humor). Based on the comic book by Garth Ennis and Darick Robertson, it's not your usual superhero story. If you're used to the "perfect" heroes of DC or Marvel, like Batman, Superman, Spider-Man or Captain America, you'll have to think again. In the universe of The Boys, the saviors of the world are real stars and run by a large multinational company, Vought.

The agency's flagship is the "Seven", whose leader is Patriot, the most cynical and ruthless of superheroes. To bring down the power of Vought will be "The Boys", a team of former CIA agents led by Billy Butcher, whose purpose is to avenge the death of his wife caused by Patriot. They will be joined by young Hugie, moved by the same desire for revenge, after A-Train (a kind of "Flash", member of the Seven) killed his girlfriend in an accident.

The Man in the High Castle (Amazon Original)

What would have happened if Hitler's Germany had won World War II? The Prime Video TV series The Man in the High Castle attempts to answer this question. Based on the novel of the same name by Philip K. Dick, this award winning TV series portrays an alternative twist in the past (1962) in which the Japanese Empire rules over the western part of the United States and Hitler's Third Reich over much of the central and eastern parts of the country.

The two areas are divided by the Rocky Mountains, called the "neutral zone". Despite the division, Nazi Germany would like to take control of the Japanese empire once Hitler is dead. A new war may soon break out. The Man in the High Castle is one of the best Amazon Prime Video TV series, which might make you think about what could have happened if history had gone differently. Must see.

Carnival Row is a Prime Video original TV series premiered in 2019, it stars Orlando Bloom and Cara Delevingne on the set of a Victorian London where humans coexist with other magical and fantastical creatures, such as fairies, elves, fauns… The story is set in the heart of the city and follows the murder of a fairy prostitute. Detective Philo (Orlando Bloom), a war veteran in fairy territory, finds himself investigating a series of murders, which will lead him to meet his old love Vignette (who fled the war and took refuge in London), but also to discover a secret about his past that will change his life forever.

The Terror is a 2018 series whose first season is based on the novel "The Disappearance of the Erebus" by Dan Simmons (2007). Like the novel, this series portrays the true story behind Franklin's lost 1845 expedition, an mission intended to cross the last stretch of the Northwest Passage. The second season, titled The Terror: Infamy is set in the 1930s, a Japanese-American community wracked by heinous murders. Both in the first and second season, there will be no shortage of supernatural components, which will make the narrative interesting and keep you at the edge of the seat. (but also terrifying).

The story is set in late 1950s New York and follows the life of Midge Maisel, portrayed by Rachel Brosnahan. Mrs. Maisel is a woman who lives with her husband Joel, an unsuccessful comedian and helps her husband in his performances. One night, he simply confesses to her that he has cheated on her with his secretary. After drinking the pain away, Midge ends up performing at the Comedy Club where she used to accompany her husband and receives a standing ovation for her show. From there her life will take a fun turn which will make us laugh at every turn. The Marvelous Mrs. Maisel is one of the most popular series on Amazon Prime, launched in 2018 and already renewed for a fourth season. A good pastime for those looking for an interesting and fun series to enjoy a good time.

Another perfect series for DC Comics fans, Doom Patrol is inspired by the comic book of the same name created in 1963 by Bob Haney and Arnold Drake. The series follows a group of metahuman anti-heroes who find themselves rejected because of their physical appearance. The group consists of five members, including Robotman, a former NASCAR driver who, following a serious accident, has had his brain removed and transplanted into the body of a robot. The episodes are very well constructed and portrayed in between a serious and light-hearted humor. Initially created as a spin-off of the Netflix series Titans, Doom Patrol soon found its own raison d'etre and interesting story to stand on its own.

If you're in the UK and need a router technician or a ghostbuster, the only useful answer is to call Truth Seekers. This Amazon Prime Video TV series, created by Nick Frost and Simon Pegg is ideal for those looking for an intriguing and not-so-trivial horror comedy. The plot centers on Gus Roberts, a technician at internet provider company Smyle, who is passionate about the paranormal, to the point of having his own dedicated YouTube channel (aka Truth Seekers). The arrival of his colleague Elton will shake up his life and his investigations as a mystery investigator. This series could be considered among the best of Amazon Prime Video from 2020.

Modern Family is one of the most popular TV comedy series in recent years. Premiered in 2009, the series aired the final episode in 2020, after no less than 11 seasons. The plot revolves around an extended family in Los Angeles (actually three families), who tell their stories as if they were the protagonists of a mockumentary. Nominated for several awards, such as the Emmy Awards and Critics Choice Awards, Modern Family is an irreverent series, which describes the "perfect" contemporary American family, with its merits and flaws, this series is a good laugh guarantee for all audiences.

Like The Man in the High Castle, The Handmaid's Tale is a series focused on an alternate world. In this case it is a dystopian future, where a civil war has led to the breakup of the United States and the creation of a totalitarian theocratic society, called Gilead. The very few remaining fertile women are then captured, assigned to aristocratic families, turned into "handmaids" and forced to suffer the abuse of their masters. In this world June Osborne, called "Difred" (because she is assigned to Commander Fred Waterford) will have to fight for her freedom and find her daughter. The Handmaid's Tale is inspired by the 1985 novel of the same name by Canadian writer Margaret Atwood. Interesting series consisting of 3 seasons, with a fourth on the way. A must see.

Related
This document, titled « Best TV Series On Amazon Prime », is available under the Creative Commons license. Any copy, reuse, or modification of the content should be sufficiently credited to CCM (ccm.net).