This month Amazon Prime has planned some very interesting movies and series titles for its users. Among them, there are the highly anticipated Coming 2 America and Zack Snyder’s Justice League. If you want to know more, here are the best new Amazon Prime Video movies and TV series in March 2021. 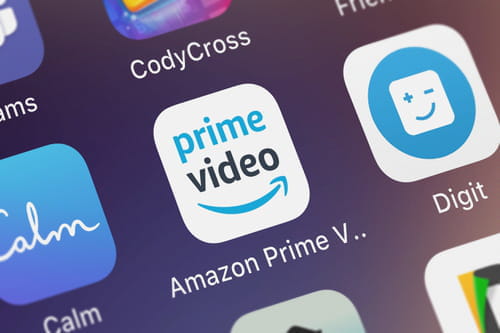 The list will be updated each month when Amazon makes official the arrival of new films and TV series on its streaming platform.

In recent years we have seen a return of the 80s in cinema and TV series (starting with Stranger Things). The Coming 2 America is a film directed by Craig Brewer linked precisely to the nostalgia effect. It is the sequel to the cult The Coming to America starring Eddie Murphy. The plot once again revolves around Akeem, a prince who has now become king, forced to return to the United States, with his trusted advisor Semmi to track down his son who has escaped to New York (in Queens) and bring him to his kingdom of Zamunda. This sequel can boast the original cast from the first film, such as Arsenio Hall (Semmi), Shari Headley (Lisa McDowell), and James Earl Jones (Jaffe Joffer).

The Coming 2 America will be available from March 5.

The Rental is a 2020 horror film directed by Dave Franco, starring Dan Stevens, Alison Brie, and Sheila Vand. The film tells the story of two couples who decide to rent a house by the ocean, via an online ad. As often happens in films of this genre, what was supposed to be a relaxing vacation turns instead into a terrifying weekend of fear. Between personal secrets that come to the surface and the feeling of being spied on by the creepy landlord, who will come out alive from this experience?

The Rental will be available on March 10.

"Alternative" version of the film Justice League (released in 2017), the way director Zack Snyder had conceived it (it should be said that due to personal problems of the director the post-production and the addition of some scenes was entrusted to Joss Whedon). The film is centered on the team of the best DC superheroes (Batman, Wonder Woman, Aquaman, Flash, and Cyborg), who decide to bring Superman back to life and join forces to fight the threat of the villain Steppenwolf, ready to destroy the Earth. When it was released in movie theaters, the film was panned by critics and audiences alike. Soon after, rumors began to circulate about this alternate version. After some denials from Warner Bros, last May it was announced that they were working on what is called Zack Snyder’s Justice League. The film will last about 4 hours (compared to 2 hours of the first) and will see the return (probably in a cameo) of Jared Leto's Joker (already seen in Suicide Squad).

Zack Snyder’s Justice League will be available on March 18 (only for rent).

A 2020 drama film directed by Thor Freudenthal and starring Charlie Plummer, Taylor Russell, and Anna Sophia Robb, Words on Bathroom Walls tells the story of Adam, an introverted boy with a passion for cooking. After being expelled from school due to an accident in the chemistry lab, the boy is taken to the hospital and diagnosed with schizophrenia. Sent to a Catholic school to finish his studies, Adam will make the acquaintance of Maya, a girl with whom he will fall in love and who will make him regain the hope of believing in himself that, after his illness, he seemed to have lost.

Words on Bathroom Walls will be available from March 15.

Knight Rider is one of the iconic TV series of the 1980s. The series tells the story of Michael Arthur Long (played by David Hasselhoff), a policeman who, after being saved from death, changed his name and identity, becoming Michael Knight. Together with his car KITT, equipped with artificial intelligence will be the protagonist of different adventures to solve different cases. The series has had several reboots, spin-offs, and subsequent movies, but they have never managed to match the success of the original series.

The TV series will be available starting March 1

Mazinger Edition Z is a 2009 anime that is primarily based on the works of the great mangaka Gō Nagai. The protagonist of the anime is Koji Kabuto, who with his Mazinger (the giant robot that first appeared in the 70s), will have to beat several enemies and foil the plans of the fearsome Dr. Hell. This is a series aimed primarily at fans of Mazinga, but can also be a nice discovery for new viewers, who have never seen the old episodes.

The animated series will be available on Amazon Prime Video starting March 15.

Invincible is an Amazon Prime Video original animated series based on the comic book of the same name by Robert Kirkman (former creator of The Walking Dead). The story revolves around Mark Grayson, son of the world's strongest superhero, called Omni-man. At the age of 17, Mark will begin to develop his powers. From then on, his life will change forever. This series, as stated by Kirkman himself, will be very faithful to the comics, so even the most "purist" fans will not be disappointed.

Invincible will be available from March 26.

Photo – © opturadesign - 123RF.com
Related
This document, titled « The Best New Movies and Series on Amazon Prime in March 2021 », is available under the Creative Commons license. Any copy, reuse, or modification of the content should be sufficiently credited to CCM (ccm.net).
Previous

Get The Most Out of Amazon Prime Video

How to Fix Your Amazon Fire TV Remote