Get ready for long fights in a beautiful open world - and take care of your loyal Palico.

Monster Hunter: World is one of the most famous games in the Monster Hunter series. It was originally released for console in December 2017 (August 2018 for PC) and developed by Capcom. This action role-playing game (action RDG) brings an amazingly immersive experience of hunting dinosaur-like monsters. Get ready to hunt treacherous creatures in an open world with beautiful graphics. You can choose whether to play solo or in a cooperative mode, with up to three companions. 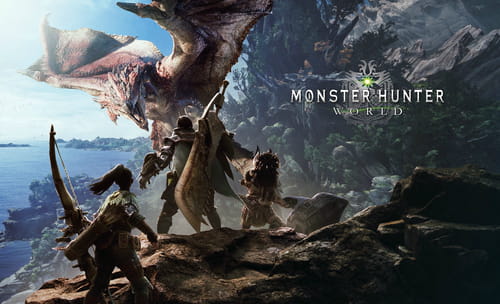 As mentioned above, Monster Hunter: World, offers dense fights with big monsters, some of which are enormous. You will discover the story through epic scenarios: every decade, ancient dragons cross the seas and reach the New World, this migration is called the Elder Crossing. Zorah Magdaros is the hunter chosen to unravel its mystery. 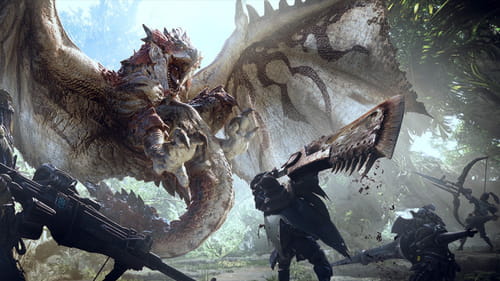 This action RPG will make you learn the movement patterns of every monster. You can use all kinds of traps to fight them: you can craft them or you can just use what the surroundings offer you. The character progression system has two axis: the first one is a traditional leveling system that allows you to unlock new missions, challenges, and contracts little by little, and the second one is based on the weapons and armors and their improvements.

The game offers a cooperative mode.