Halo Infinite was meant to be the flagship game for the Xbox Series X|S when the next generation of Xbox consoles released in 2020. Unfortunately after a negative reaction to the state of the game during the 2020 E3 Halo Infinite demo, which showed off 8 minutes of Halo Infinite gameplay, 343 Industries decided to delay Halo Infinite, citing the challenges of developing and polishing a game during the global pandemic. 343 Industries were no doubt influenced by Cyberpunk 2077’s release nightmare, and preferred to delay the game, rather than release an unfinished product. This is our guide to Halo Infinite, giving you all of the latest information on the game, such as gameplay, the trailers, the release date, which platforms will be supported and more. Once the game is released, you will be able to download Halo Infinite for PC using the above link. 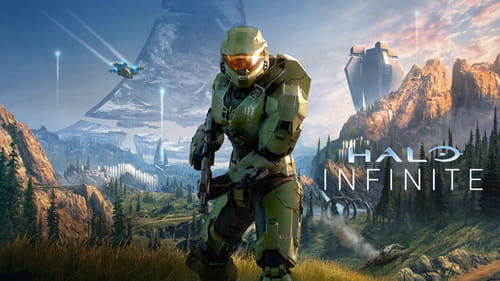 Note: Until Halo Infinite is released later this year - the above link is to the Steam Store where you can pre-order the game.

Halo Infinite’s single player story will follow on from the events of Halo 5, the the Created Conflict, and possibly the latest book in the Halo: Master Chief saga, Halo: Shadows of Reach. 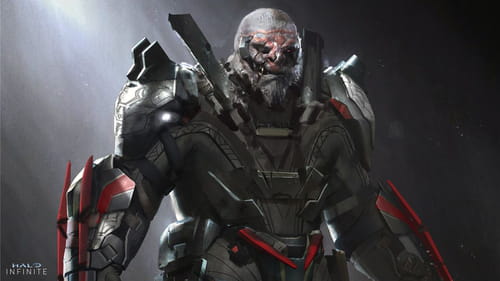 Halo Infinite will take place on Zeta Halo, also known as Installation 07. The ring appears to have been taken over by The Banished, a mercenary organization, led by Atriox (a brute warmaster) that rebelled against the Covenant. In the extended Halo Infinite gameplay demo, the brute warchief Escharum is shown as the main antagonist.

Halo Infinite was first revealed in 2018 at Microsoft’s E3 showcase. Here is that trailer.

After the initial Halo Infinite reveal in 2018, the Halo Infinite: Discover Hope trailer was released at E3 2019.

The first glimpse of Halo Infinite gameplay was given at Microsoft’s Xbox Games Showcase event on July 23 2020. This was an 8 minute campaign demo, and the origin of the Halo Infinite meme: Craig. There were many criticisms of the Halo Infinite graphics that were on display, especially considering as the game was meant to be showcasing the power of the Xbox Series X. If you are interested, see Digital Foundry’s full analysis of the trailer, they explore dynamic lighting, texture pop, resolution and framerate.

When does Halo Infinite come out?

There is also an additional Halo Infinite multiplayer overview, which goes into more detail. 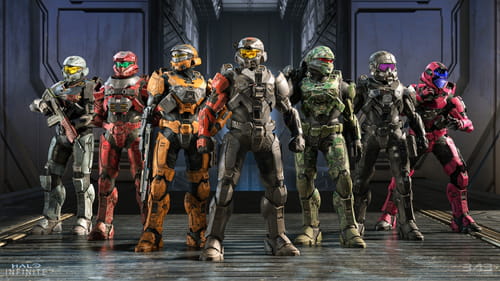 How to play Halo Infinite beta

The Halo Infinite technical preview was part of the Halo Infinite insider program. 343 Industries used these Halo Infinite flight tests to find and fix bugs, and also receive valuable feedback about the game from players. On the 15th November, Xbox's 20th anniversary, the Halo Multiplayer beta went live for everyone, allowing people to download Halo Infinite and access the multiplayer. The multiplayer will continue to be in beta mode until the full release on the 8th December.

Will Halo Infinite be on PC?

Yes, there will be a Halo Infinite PC version, released at the same time as the console versions on December 8th.

Will Halo Infinite be on Xbox One?

Yes, Halo Infinite will allow both cross play and cross progress across Xbox and PC, allowing you to play with friends on different devices, and also continue your progress on a PC if you have already been playing on Xbox and vice-versa.

Here are a couple of screenshots from Halo Infinite, if you want to see more, there is a wider selection on the Halo Waypoint.
The Master Chief and "The Weapon" (his new AI companion) 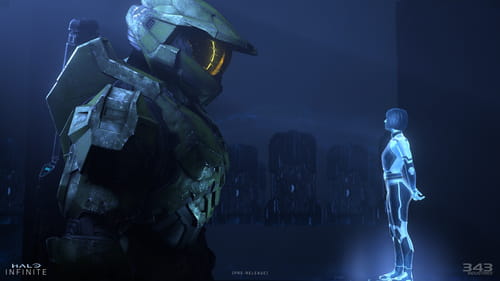 A Ghost vs a Banshee in Halo Infinite Multiplayer 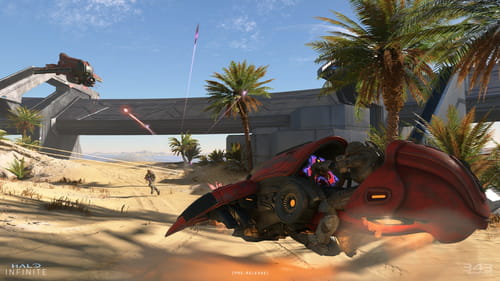 These are the estimated Halo Infinite minimum system requirements.