We simply can't wait for Diablo 2: Resurrected to be here!

Diablo II: Resurrected is the remastered version of Diablo II, the mythical action RPG game from Blizzard Entertainment. The long-awaited Diablo 2 remaster edition includes a long list of novelties and improvements, without losing the essence of the original game from the year 2000. It also includes the 2001 expansion pack Diablo 2: Lord of Destruction. Are you ready to relive your memories and experience the times Diablo 2 gameplay all over again? This is our Diablo 2 download page. 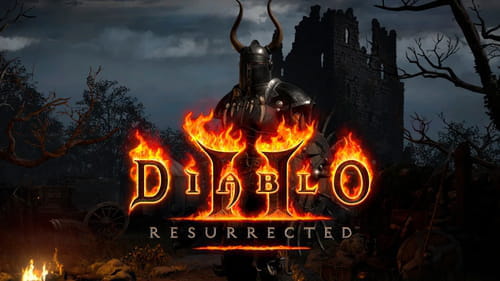 At the end of the story of Diablo I, Diablo was defeated by a hero who decided to drive Diablo's soulstone into his own head, in an attempt to contain the feared devil in his own body. It turned out to be a very bad idea, as the hero was rapidly corrupted by Diablo's soul. From this moment, the fallen hero will be known as the Dark Wanderer. This is where the story of Diablo 2 begins. The main character in Diablo 2 is on a mission to chase the Dark Wanderer and destroy the soulstone that has kept him possessed with Diablo's evil spirit.

Thanks to Blizzard's new 3D graphics engine, the visual quality of Diablo 2 Resurrection is upgraded to modern high-definition standards. However, if you prefer, you can switch back to the original graphics of the game with a single mouse click. 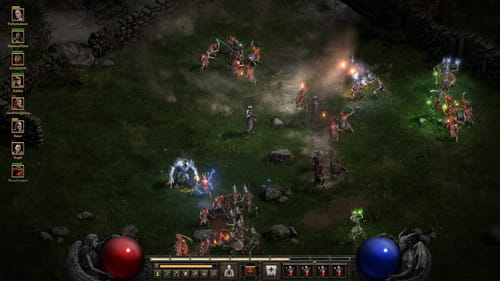 Diablo II Resurrected is not yet available for purchase. The game is slated for release on September 23, 2021.

Diablo II: Resurrected is primarily designed for cooperative play through Blizzard's download-34689-blizzard-battle-net-for-pc Battle-dot-net, featuring online co-op for up to 8 people. However, Diablo 2 remastered can also be played offline in the single-player story mode.

Diablo 2 has been classified with the PEGI 16 tag. The game contains scenes of violence against human-like characters that may be frightening to your children.