FiveM is a modification for Grand Theft Auto V (GTA V) that allows players to engage in a multiplayer mode. FiveM was developed by Cfx.re, it has existed in various forms since 2014. In this article, we discuss some of the app’s key features, as well as some additional information. 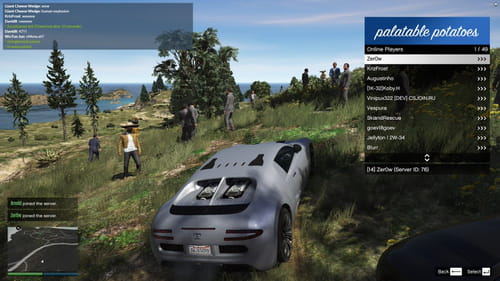 Here are some of the main features of GTA FiveM!

How to install GTA V FiveM

Installing FiveM is quite easy: you have to download the file and then run it (FiveM.exe). You can choose to install it in an empty folder or if not, the file will be installed in

. To run FiveM, you can find in the Start Menu.

It seems that the app has no history of security issues or abusive data collecting. As always, we recommend reading the official Terms of service before installing.

Yes, you can use it for free, as long as you have a a fully updated installation of GTA V.

In order to run FiveM on your computer, you need Windows 8.1 or 10.
Images: FiveM