Parchisi STAR is that kind of game you can’t stop playing once you get started, it is simple, cool, and well designed to play alone, or with your friends.

Parchisi STAR Online is an online multiplayer version of a very popular Spanish board game named Parchis. Parchisi STAR is a game of the Cross and Circle game family that originated in ancient India. The game has been developed by Gameberry Labs and was a real success in Spain, Columbia, Dominican Republic, and Morocco. 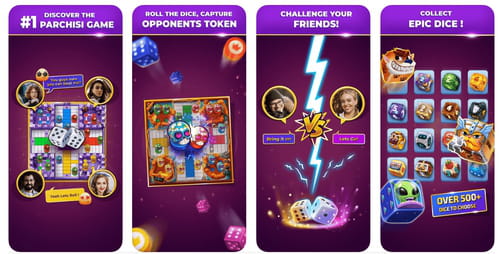 How to install the Parchisi STAR Online APK?

To install the Parchisi STAR Online APK on your Android device you need to authorize the installation from unknown sources. You usually find this option in Settings > Security. You can also complete this same process from the popup window that appears on some Android devices when directly installing an APK. Then, go to the 'Downloads' folder on your phone and you will see the file ready to unzip and install.

Parchisi STAR is free, you also have in-app additional content that ranges from $0.99 to $99.99 per item.

If you like Cross and Circles games you can also check out other Gameberry Labs games including Ludostar or Ludostar 2.