Another year, another edition of FIFA. Although the game is definitely fun to play, we expected more considerable improvements from the people at EA Sports.

FIFA 22 is the most recent effort of EA Sports in trying to create the best football game on the market. As always, millions of gamers around the world have sky high expectations of this brand new edition. EA Sports FIFA 22 brings a lot of gameplay improvements, as well as some never-before-seen game modes. This year, the honor of being on the new FIFA 22 cover goes to PSG star Kylian Mbappé. 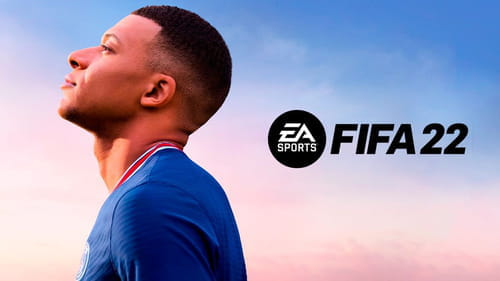 As mentioned above, FIFA 22 boasts a new graphic technology called HyperMotion, bringing more fluid and dynamic animations to the game Moreover, emotions of the players are shown more explicitly and there are dialogues between them.

The standard version of this football game costs $59.99, whereas the FIFA 22 Ultimate Edition has a price tag of $99.99. Keep an eye out for good deals that may appear from time to time, for instance on the FIFA 22 Steam page.

Besides the PC version that is available for download on this page, there is also FIFA 22 PS4/PS5 and FIFA 22 Xbox One/Xbox Series X|S.