Ark: Survival Evolved is a really good survival experience in a very dense and rich universe, it really succeeds in keeping you caught up in a sense of discovery. The gameplay mechanics are interesting and playing in a world full of amazing dinosaurs is just thrilling.

In ARK: Survival Evolved you will wake up alone on an island full of dinosaurs and predators. If you want to survive, you will have to be patient and clever. Observe, build your shelter, and craft weapons to protect yourself. Cooperate with other players and form tribes to fight together and thrive. ARK: Survival Evolved is a survival action-adventure video game published by Studio Wildcard. In this article dedicated to the PC download version, we will talk about all the details and gameplay features of the game. 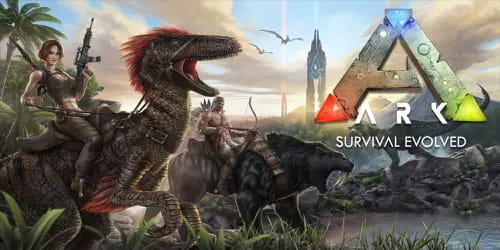 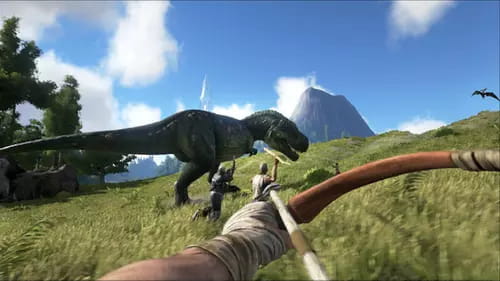 The graphics and sound effects in ARK: Survival Evolved are just outstanding, the whole universe is both very dense and rich, and all the dinosaurs are amazing. Your experience facing the Tyrannosaurus Rex will make you feel vulnerable.

The game offers a lot of diversified and challenging content. The main story will approximately last 50 hours. If you want to do all the extras, the game will last over 200 hours.

Even though you can play the solo mode, ARK: Survival Evolved offers lots more playing multiplayer mode as it combines both competitive and cooperative elements. Ally with other players, form or join existing tribes, and face all the wildest danger of the island with your fellow companions.

The video game has been rated on Metacritic with a score of 70/100.

"Ark is near masterful in its ability to keep you caught up in a sense of discovery. There always seems to be more." (GamesTM)

It has been rated PEGI 16. It contains scenes with dying characters, and dinosaurs. The graphics are quite realistic therefore it might frighten younger children.