a very useful tool if you work in investigative journalism, for example, or just want to prank a friend!

AV Voice Changer Diamond can modify voice over Internet and PC2Phone. It can be used by both novices and professionals. 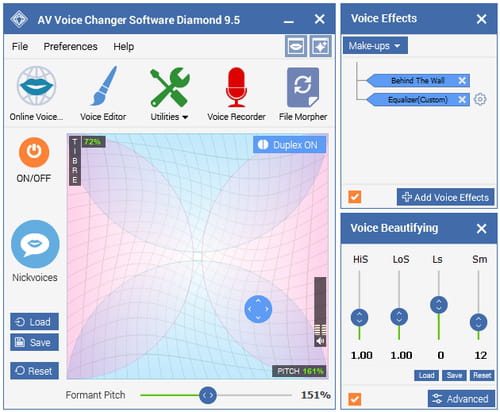 This is a free 14-day trial version. After it expires you can get the full license for $99.95.
Share
Related
Alternative spelling: vcs_diamond-9.5.exe, vcs_diamond.exe
Latest update on December 10, 2020 at 05:54 AM by Natalia Kudryavtseva .
View all 6 comments