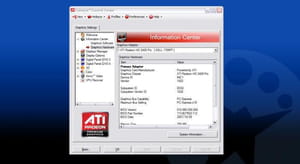 Resolution enhancement: Drivers Ati Radeon 2100 was created for the user of the Ati Radeon 2100's graphic cards. Thanks to this driver, he can now optimize his screen resolution up to 2048x1536.

Compatibility: after installing this driver, the user can now enjoy the entire features of the device that were locked before. For instance, he can predefine which applications will be running using the device and which ones do not need it.

Versatility: once Drivers Ati Radeon 2100 installed, the computer will recognize the graphic card. All the options related to the device can be now accessed through the interface of the program, such as color and resolution adjustment.

The use and download of Drivers Ati Radeon 2100 is completely free of charge.
This is useful to increase the video games' and graphic application's resolution.

It only works under Windows 7 with AMD platform.