I have a dell Inspiron 15 N5010 which is about 4 years old. It was working properly, but suddenly it went off and when I restarted it, there was nothing which appeared on screen, but there was a beep sound which went on until I turned my laptop off. Even the startup screen didnt appeared during this. The power button lights up, fan is running, but the screen is not coming up.

I have noticed one thing also, if I put it on for long time, so that it gains enough heat due to constatnt running and then I restart it, the screen will come. and after sometime, the screen distorts and after few seconds, the laptop screen turns black and the beep sound appears which start crying until I turn laptop off.

Thanks in advance for any help that is actually helpful.
Related:
Answer 1 / 4
Best answer
Hey
You must change bios battery to resolve this problem this is all Believe me ;-) 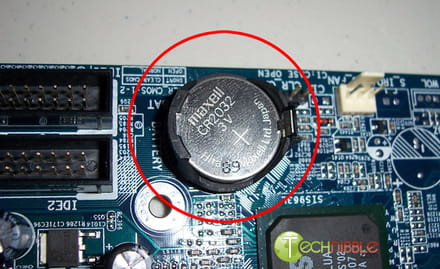 In all of my years, I have never changed a cmos battery on a laptop! This is a laptop we are talking about, not a desktop. It is a CMOS battery that powers the BIOS, btw.
Thank you. I think I can do that myself. And the battery is cheaper than the labor charge.
Answer 2 / 4
Unplug the power cord --> Remove the battery --> Hold the power button for 60

put the battery back into the laptop.

This worked for me
Works!
should we put the battery back while the power plug is connected or
should I remove the power plug first?
Remove the plug, then replace the battery.
looks like this worked for me, I will keep an eye on few more startups. thanks.
Answer 3 / 4
Guys! Hello My suggestion is to try replacing laptop display cable... symptom indicates the faulty display cable...
Answer 4 / 4
Hi

If your PC beeps after the OS has been launched, it may be due to the fact that your CPU is overheating and that could be a serious matter.

I suggest consulting a technician

Am not sure whether windows is getting loaded... because even startup screen is not coming up.
I suggest consulting a technician

UP AND DOWN ARROW KEYS NOT WORKING
watching movies on my tv while useing my laptop
How to kill shortcut virus in my laptop
unable to connect laptop to wireless network
some of the keys on my toshiba laptop keyboard is not working...
Some keys stopped working i.e.B, N, Space, Arrows
Join the community!