Hello !
I have toshiba satellite l655-1ke for 2 years,and this is the first major problem it has given me.

I'll try to explain as best as I can.

I am used to use it "heavily", formatting it every 1-3 months and jumping from ubuntu to windows 7 to windows 8 to android
to backtrack ....., and I only install the official drivers from the official site...

In his last days the fans make so much heat and these are the tempertare of hardware as I remember:
Hdd->60C, Cpu->70C, Gpu->90C, Mother board->85C (using speccy with all drivers successfully installed)

The problem has started one time while I was navigating the internet using chrome, (while no other
progrems in background) some the screen became so messed up and huge pink lines and rectangles come over the screen,
and the mouse starts moving so... laggily, and somehow they just disappeared and a little notification said that the
amd drivers stopped working (wtf these are the same drivers I was using with windows 7 every time !!) , about 5 minutes
later the same problem reappeared and the computer completey froze, I forced shutdownd and rebooted, when I logged in
windows a window appeared saying that windows had death blue screen(seriously wtf), said maybe a virus, I installed
kaspersky , scanned but nothing, few moments later the same ping staff come over the screen and It freezed , so what I did
is I connected it to the tv an disabled the monitor, the same result after some moments, but this time even when I booted
it I noticed that even with the boot logo there where the vertical pink-multicolered lines. I reisalled the drivers and the
same result, I reinstalle windows 7 and installed the drivers , but the same result, I installed windows 8/ubuntu (they have
ready drivers installed) and the same thing. So I installed windows 7, and I installed all drivers except the gpu one,
It worked perfectly!!! but the biggest problem is the resolution (800-640) I cant change it (as in windows safe mode).
I tried installing gpu drivers from ati website and from multiple super expensive driver-downloading-softwares and the
same problem.

IMPORTANT:I noticed that the pink multicolered lines / rectangles only appeare after using the computer for
some time (15minutes) and once the appered, even if I reboot they will appear in less then 1 minute unless
If I shutdown , wait for long time and booted they will appear again after some time , olsy they only appear when using
a resolution different to 800*640 when drivers installed, without drivers it s the only resolution available!!

I take to fix it but they said "you have to chage the full mothaboard" , wait what ? Screw the resolution at least I can
use it to navigate the net :v. But after some timed my eyes started hurting me so I Installed the drivers again from the
official toshiba site; but after the pink stuff appeared abd I shut down the computer, after I booted nothing appeared on
the screen, not even the bios logo !!! I started turning off and on for about 20 time till the bios appeared I run to
live hirens Cd and defragmented every thing with live windows XP using the maximal resolion 800*640. and since that time
every time the pink staff appears ,the computer only boots after turniing it down and on for about 60 time !!!!!

The last time the pink stuff appeared was about a month after installing gpu drivers, today I tried booting it n turning it on and off (I reached
176) time for more then 2 hours pressing all keyboard keys and using all tweaks as removing everything and pressing power
button for 60second blablabla but with no success , not even the boot logo, there are power , hdd and wifi indicators and
I can hear the fans...

IMPORTANT: when I click "F2" to access the bios, (I made a password) and starts clicking random keys , after 12 keys I
hear " biip" as the letter limit reached , I tried before removing it but the same pink staff appeared, I tried
resetting the bios and the same result, I tried removing one ram bar/ the hdd and the same reuslt.


I really don't knonw what to do, I only have 60$ and I really need to fix the computer, I simply can't afford a new one ( I
am a student ),Has anyone else experienced this before? Anybody have any possible fixes?

Sorry for my bad English & Thanks in advance!! :) 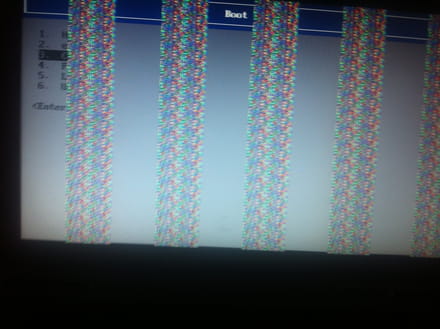 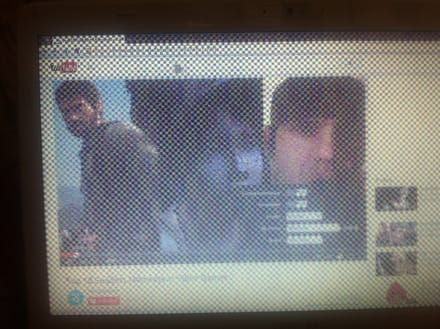 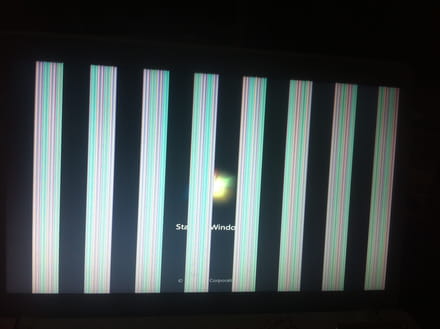 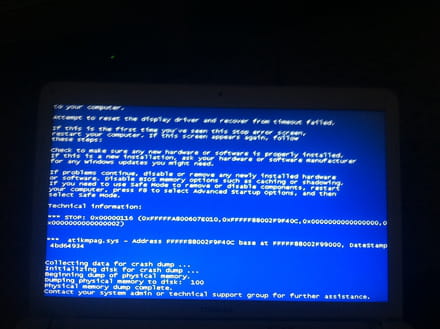 It looks like you already have the answer. The Blue screen indicates a graphics driver reset failed on boot. You have been advised the motherboard needs changing, and the fault occurs with different operating systems indicating that the software is not causing the issue.

I fear you will have to either change the motherboard, or put up with the resolution that works until you can get a replacement.

Unfortunately this is the only options open to you.


Hello BrianGreen, I really appreciate your help :D
Well now the computer is completely dead, I tried removing the hdd and installing windows without drivers the putting it back but it still black :(
I have a little question I think that the cpu ,the gpu and some other things are stick in the motherboard, If I change the motherboard does that mean I gonna buy a motherboard that contains a new cpu and a new gpu? And how much does it cost?
Sorry for my bad English & Thanks in advance!! :)
I have no idea about the questions you ask, but if you keep the original then you can compare them when the new one comes and you would normally be able to swap out any parts you need to.

As for the cost, it is outside the scope of CCM for me to advise on such a thing.
Ok thank you very much "You the real MVP" :')