Spam is one of the main problems of the Internet nowadays. It overloads your inbox, infects the computer system, and doesn’t do anything good neither to your PC nor to your email client. In Internet Archaeology, we dig into the history of major web and tech events and inventions, so in this article, you will find out where this so well-known and familiar to every internet user, spam is coming from, and who is the “evil genius” inventor, and what does it have to do with canned meat. 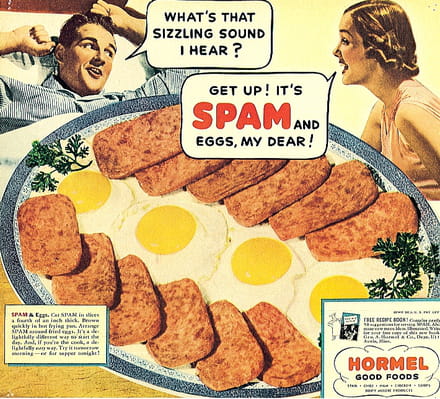 Where is the spam coming from?

It’s not a secret that spam is one of the most hated Internet phenomena. Only in the U.S. the spam industry generates around $20 billion a year in damages, and the share of spam in email traffic in 2020 amounted to 50.37% according to Securelist. Why is spam so successful? Well, it’s easy: it helps to reach a large number of people at almost no cost, and it still is one of the best conductors for phishing and malware distribution.

You would ask: But who invented spam then? The inventor of spam is an American marketer Gary Turk. He launched the first mass email in 1978 at ARPANET, a prototype of the modern internet created by DARPA. At that time he was working for Digital Equipment Corporation (DEC) that was producing computers with built-in support for ARPANET. He sent an invitation to 400 network users to see the computers but he didn’t know that the maximum number of recipients was 320, so part of the email addresses went to the body of the email. 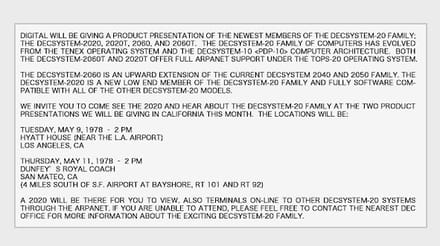 Some of the DARPA employees were annoyed by the message and complained about it, others reacted with more understanding. However, DARPA filed a complaint against DEC and forbade such mailings in the future. So at this time spam disappeared for some time before return triumphantly with the commercialization of the Internet.

The word “spam” was introduced in ’90s after the mass advertising mailings and British comedy troupe Monty Python’s sketch about canned meat “Spam” that was everywhere, coming from every corner. If with time we managed how to distinguish spam from real email, we still have to learn how to recognize and avoid scams. 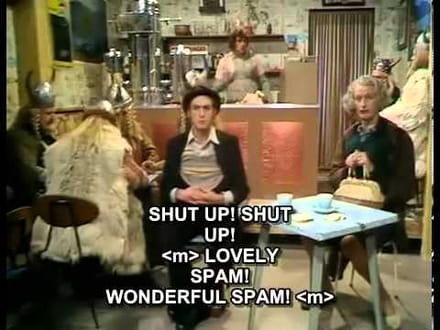 Related
This document, titled « The first spam: how did it appear? », is available under the Creative Commons license. Any copy, reuse, or modification of the content should be sufficiently credited to CCM (ccm.net).
Previous

A brief history of podcasts