In the late 1930s, Claude Shannon showed that by using switches that close for "true" and open for "false," it was possible to carry out logical operations by assigning the number 1 to "true" and 0 for "false." This information encoding system is called binary. It's the form of encoding that allows computers to run. Binary uses two states (represented by the digits 0 and 1) to encode information. This article discusses binary data encoding. You should note that you can find a binary decoder and encoder online. 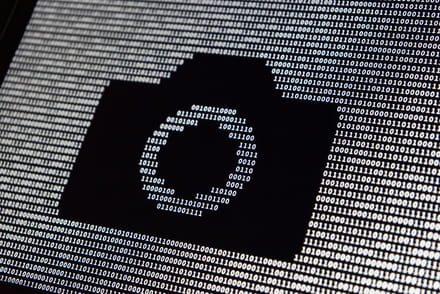 The term bit (shortened to the lowercase b) means binary digit: meaning 0 or 1 in binary numbering. It is the smallest unit of information that can be manipulated by a digital machine. It is possible to represent this binary information: with an electrical or magnetic signal that, beyond a certain threshold, stands for 1; by the roughness of bumps in a surface; and using flip-flops, electrical components that have two stable states (one standing for 1, the other 0).

Therefore, a bit can be set to one of two states: either 1 or 0. With two bits, you can have four different states (2*2):

For a group of n bits, it is possible to represent 2n values.

To convert a binary string into a decimal number, multiply the value of each bit by its weight, then add together the products. Therefore, the binary string 0101, in decimal, becomes:

The byte (shortened to the uppercase B) is a unit of information composed of 8 bits. It can be used to store, among other things, a character, such as a letter or number.

In some languages, such as French and Finnish, the word for byte does not begin with "b", but the international community, on the whole, generally prefers the English term byte. This gives the following notations for kilobyte, megabyte, gigabyte, and terabyte:

This is a screenshot from the software HTTrack,the most popular offline web browser, showing how this notation is used:

Simple arithmetic operations — such as addition, subtraction, and multiplication — are easily performed in binary.

Addition in binary follows the same rules as in decimal: start by adding the lowest-valued bits (those on the right) and carry the value over to the next place when the sum of two bits in the same position is greater than the largest value of the unit (in binary: 1). This value is, then, carried over to the bit in the next position.

The multiplication table in binary is simple:
0x0=0

Related
This document, titled « Binary Encoding », is available under the Creative Commons license. Any copy, reuse, or modification of the content should be sufficiently credited to CCM (ccm.net).
Previous