Download IM Translator (EN)
We all know that Google translate can perform instant translation of text, words and phrases. IM Translator goes further with options to translate pop-up bubble and Web pages. It is designed by Smart Link Corporation. 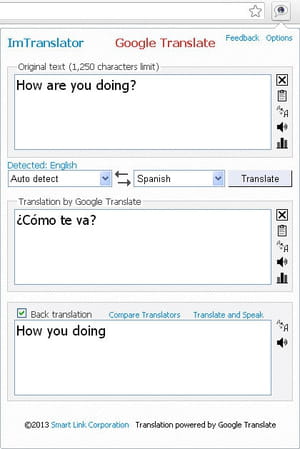 Alternative spelling: imtrans-3.0.exe, imtrans.exe
Latest update on February 3, 2015 at 12:13 PM.
this is perfect
It removes language barrier when chatting.