Pipix was a fun add-on for Minecraft that can no longer be used.

Disclaimer: since May 2018 it is no longer possible to use Pipix as the necessary servers are no longer supported.

Pipix is an add-on for Minecraft game that allows adding different mods to it. The gamers are able to customize the game texture, add new maps and still many others. 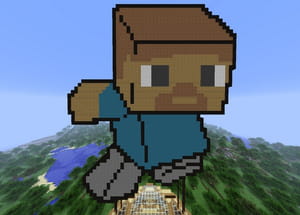 Pipix's main feature is to add new mods to the famous Minecraft game. This option enables the user to change the textures, the items' color as well as inserting new items in the game like cars or animals.

This add-on is also able to automatically detect new update concerning the game. After that, it gives the user the choice between downloading and installing them or not.

After the installation, Pipix will automatically deal with the existed Minecraft version already installed on the computer. In addition to that, the user can choose the level of the game he wants to load even the InDev version of Minecraft.

Pipix can be downloaded and used for free.