Minecraft Dungeons is a point-and-click, hack and slash-styled dungeon crawler video game where you will explore many procedurally generated dungeons, alone or with your friends, while you try to defeat the villains. Join this epic adventure and discover the many weapons, armors and enchantments that will help you take down all the evil creatures that dare to stand between you and your destiny.

Archie is an Illager who was driven away by his people. While he wandered around the world, he found a powerful artifact known as the Orb of Dominance, which granted him powers but drove him mad, corrupted and full of anger against the world that rejected him. Now known as the Arch-Illager, he seeks vengeance and subjugates many villages with his army of monsters. Many heroes have tried to take him down unsuccessfully, but you're built differently. So embark on a quest to defeat the Arch-Illager while liberating villages and restoring the peace in this world. 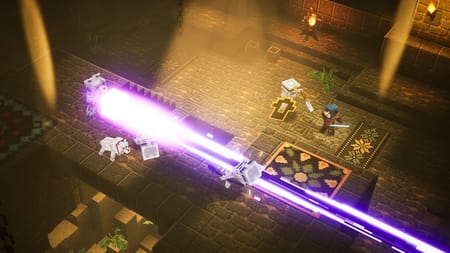 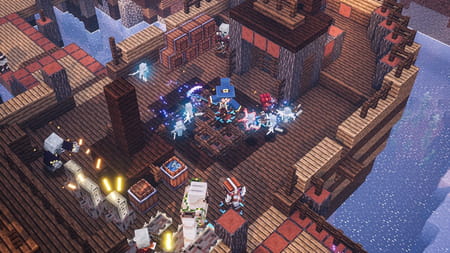 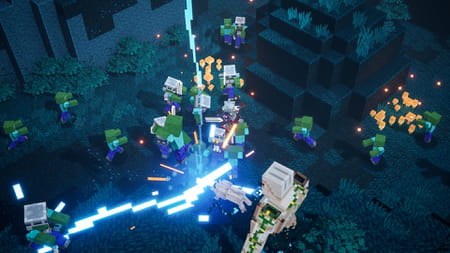 Minecraft Dungeons features the famous 3D pixel-art graphics from Minecraft and a top-down camera perspective. In addition, the well-designed interface has been built so that you never miss any piece of information, and all the visual and audio feedback is pretty polished and strengthens the immersiveness of the experience. So, even though the game has not been developed to offer realistic graphics, the overall experience is quite good.

Three sequential difficulty modes are available and affect the game's challenges: Default, Adventure, and Apocalypse. The higher the difficulty level, the harder to take down the mobs. They are more numerous, and enchanted versions of mobs occur more often. Of course, as the difficulty increases, you will be able to collect more powerful equipment throughout the dungeons.

Minecraft Dungeons has been rated 70/100 on Metacritic.

"Minecraft has proven itself to be quite the enduring and endearing IP over the past decade, and Dungeons is now partially responsible for that legacy." (Destructoid)

Minecraft Dungeons has been rated PEGI 7.

Contents Plot Gameplay Graphics and sound Duration and game modes Reviews Age rating Plot Archie is an Illager who was driven away by his people. While he wandered around the world, he found a powerful artifact known as...