CastleVille Legends
Download
Download Freeware
Android - English
CastleVille Legends is a strategy game in which the player is immersed in a magical and mythical world that is inhabited by Woodsmen, Wizards and Dragons. The player’s goal is to make the realm flourish, trade with other players, rescue heroes and visit magical nearby places. 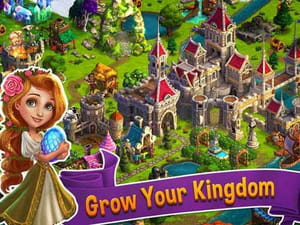 The game is available for free