Greenshot lets you take screenshots and edit them within several mouse clicks.

What is Greenshot? Greenshot is a tool developed to allow users to easily make a screen capture. It allows you to capture the entire screen or only a precise part of it. It also features a handy graphic editor. This is the Greenshot download page.

How to use Greenshot?

Greenshot is running in the background. When you want to take a screenshot, simply press one of the following keys depending on your needs:

You can learn more about various screenshots abilities of the Greenshot on its official help page. 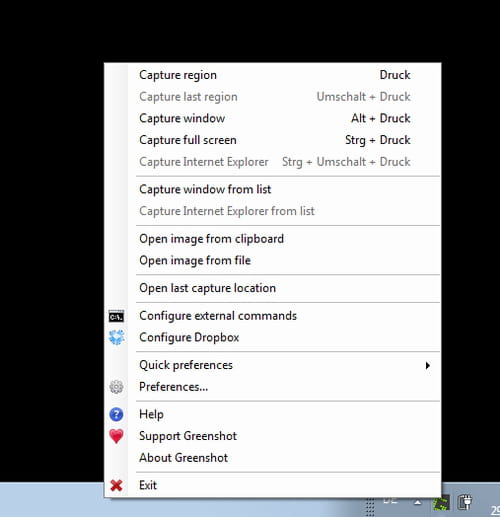 Greenshot is an open-source program, so it is completely free of charge for Windows computers.

Is Greenshot a safe app?

Greenshot is virus-free and safe, although we still recommend you to read its privacy policy before using it.

This is the latest version of Greenshot and it is compatible with Windows 10 version 10240.0 or higher.