Overwatch is not your thing? You should try Paladins!

Paladins is an objective-based team first-person shooter video game. It was developed by Evil Mojo Games and was originally released in 2018. Set in the Realm, the game combines fantasy and science-fiction elements. You play a Champion who participates in a conflict between the Magistrate and the Resistance/Paladins, fighting for whether magic should be accessible to everyone or only to a limited group. Customize your abilities and fight just as you wish. In this article, we discuss some of the game’s key features, as well as some additional information. 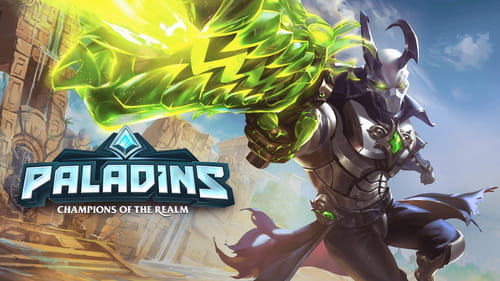 Here are some of the main features of the Paladins game:

As mentioned above, Paladins is an objective-based team first-person shooter. Each team is composed of five players and five champions, meaning that champions can’t be repeated. Champions have different skills and weapons that can be enhanced through a card system or a skin system. There are sixteen classic cards for each champion, and there is a maximum of five cards can be used at the same time. Also, only one of the three main talents can be used per session. 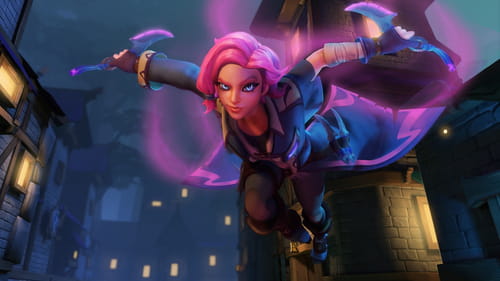 The game was first released on May 8, 2018 for Microsoft Windows, PlayStation 4, and Xbox One. The following month, on June 12th, 2018 Paladins was released for Nintendo Switch.

Is Paladins crossplay? Yes, the game supports crossplay between PC, PS4, and Xbox One, as well as Nintendo Switch (PC and Xbox).

The game has a PEGI 12 label. It contains some non-graphic violence.

Paladins has a rather positive reception with a score of 83 points on Metacritic:

”Working on top of the strong and fairly balanced foundation of a free-to-play hero shooter, Paladins’ capacity for experimentation is its greatest strength. Even after over 300 hours of exhilarating battles and strategic planning, champions continue to find a way to offer new gameplay experiences.”(IGN)

Paladins is a free-to-play game.