As a fan of the fallout series I really loved the Fallout 4 title, it's a great open-world game with a unique thrilling, and exciting atmosphere. The combat system is seasoned and lots of customizations await you.

Fallout 4 is a single player action role-playing video game published by Bethesda Softworks, developed by Bethesda Game Studios, and released on November 2015 for Microsoft Windows, Playstation 4, and Xbox One. You are 210 years after The Great War, ready to emerge from the Vault 111, welcome to a desolated and dangerous world, welcome to the Fallout 4 PC version. 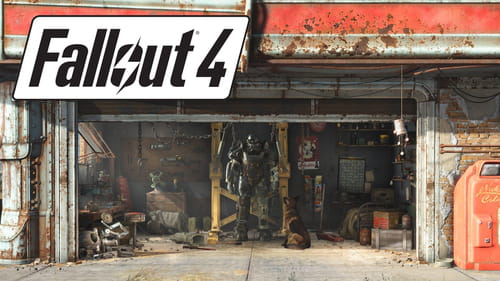 The story of Fallout 4 begins in 2077 in MegaBoston, 210 years after the great war and ten years after the story of Fallout 3. Your character known as the sole survivor emerges from a long-term cryogenic stasis in Vault 111, you remember that your spouse and your child were with you but two men interrupted their stasis, killed your spouse, and kidnapped your child. Your only obsession will be to find out who those men are, where they are, what they want, and do everything it takes to find your child. During this adventure, you will meet lots of different people and will find yourself in the middle of a battle dividing several clans for the control of territories. Your morals and values may be blurred and change during your journey and the world may turn out to be far more complex than expected.

Fallout 4 is an action role-playing game where the story takes place in a post-apocalyptic open-world including many different places, atmospheres, and biomes. The player can freely move, fight against enemies, gain levels, craft, interact with lots of different characters, and many more. The player can alternatively switch between a first-person or a third-person camera perspective. The sole survivor can freely roam in the world and fast travel across discovered locations. A brand new feature added to Fallout 4 is the ability to craft lots of objects, build structures, and break down many objects in the game that can be reused as raw materials. Also, the player can build its settlement inhabited by NPC and merchants, power it with electricity, and build defenses to defend against attacks.

How not to talk about the famous Pip-Boy, your computing device you carry everywhere allowing you to access lots of various information including maps, statistics, various data, and items. An innovative feature has been added to the Pip-Boy, you can download an application available for Android, iOS, or Windows smartphones/tablets allowing you to access the Pip-Boy interface on a separate screen and play the collected game cartridges found in the game when not playing the main game.

Your giant Power Armor has also been completely redesigned to look more like a vehicle, it needs fusion cores to work without being dead weight and can be modified by adding items including a specific type of armor for each part of the suit or a jetpack

Fallout 4 offers a very, very huge map with up to 18 different zones, each of them awaits you to discover its atmosphere and story through exploration and environment-related quests. Developers even included existing famous locations such as Freedom Trail, a red-bricked path that connects various historical locations within Boston. You can browse the map using the interactive online map. 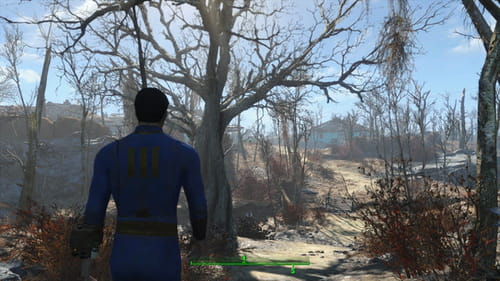 With the Creation Kit Engine you can also add tons of different mods created by the community. You will be able to customize various aspects of the game, from weapons, armors, factions, stories, to in-game menu and interfaces, and many more! 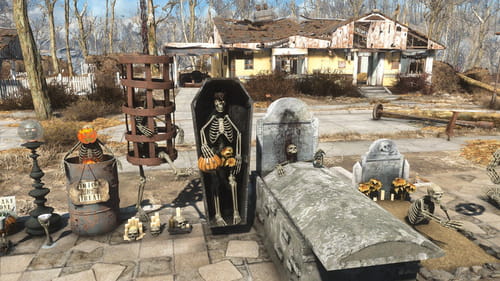 It is up to you if you want or not to build and use settlements but it offers you lots of advantages such as huge amounts of free items, or can eventually be an easy access to stores to buy ammo and sell your items for money. Settlements can also be set as fast travel spots if you have taken the “Local Leader” trait. Lots of other advantages await you if you don’t overlook this part of the game.

You will quickly learn through quests how to build settlements as well as all the available necessities and structures (beds, water, food, power, defense, machine gun turrets, etc.), and shops (trading, armor, weapons, etc.). 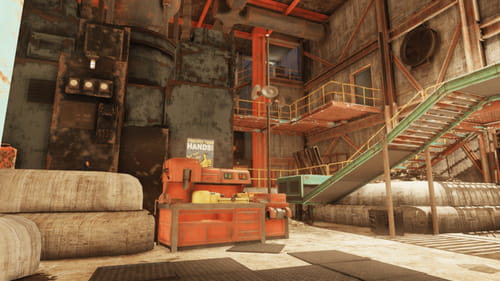 Like all RPG, Fallout 4 has lots and lots of different quests that will reveal more details about your world and how nuanced factions and interests can be, for example, give a try to the quests “Hole in the wall” or “Emergent Behavior” and meet the interesting Curie. During your trip, you will also encounter many different creatures with their legendary variants, their level’s spawn probability depends on your character level. 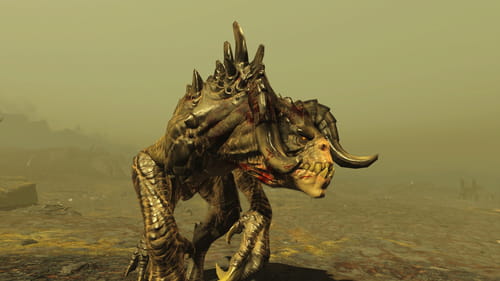 Fallout 4 offers you up to 17 permanent companions, each of them has a unique storyline. They also have additional carrying capacity allowing you to carry more objects, most of them will be able to wear armor and carry weapons of your choice. Depending on your behavior you will have a different affinity with your companions, raising a companion’s affinity to a given level will trigger special dialogue revealing more details about the companion’s background. Don’t miss Cait, the famous cage fighter, or John Hancock the charismatic ghoul.

Depending on quests, more than 20 temporary companions will be available. 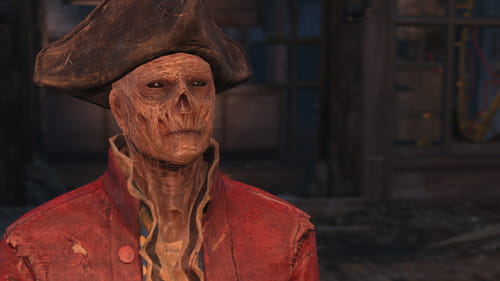 In Fallout 4 weapons fall under three classifications that are normal, legendary, and unique. Unique weapons have immutable special bonuses and names and can be obtained as a quest reward or bought by a merchant. Legendary weapons come with bonuses randomly dispatched and can be dropped from legendary enemies. Normal weapons have no special bonuses. Over 50 weapons await you to be discovered.

In Fallout 4 you can also add mods to your weapons, mods are the different categories you can modify on your weapons. To modify mods, you will have to collect raw materials you will find in the different game areas and attach them to your weapon at weapons workbenches. There are over 700 Mods including a receiver, barrel, magazine, grip, sights, and many more.

The innovative wardrobe system is composed of two layers and 9 slots allowing you to make up your customized outfit. The base layer is composed of Body, Hat, Eye, Mouth, Hand, and Backpack; the armor layer, worn on top of the base layer is composed of Chest, Right Arm, Left Arm, Right Leg, and Left Leg. You will be able to wear lots of different types of armor with their specificities and variants or to enter the Power Armor and wear any combination of clothing. Again, lots of content have to be discovered. 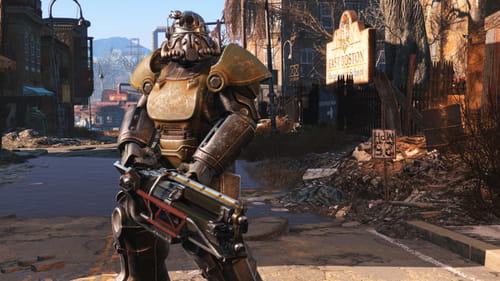 The combat system is also updated in Fallout 4, like in Fallout 3 and Fallout New Vegas you will be able to choose between shooting in real-time and using the famous V.A.T.S command system allowing you to enter a “bullet-time” mode and to select specific parts of your target to deal more damages, target the legs to slow your opponent movements, or try a headshot to quick-kill or blind your opponent. Unlike previous titles the V.A.T.S system no longer completely freezes the combat but only slows down the time, this choice makes you more vulnerable to enemies and forces you to carefully select this mode. This mix of dynamic and strategic modes is really interesting and results in more paced combat scenes. 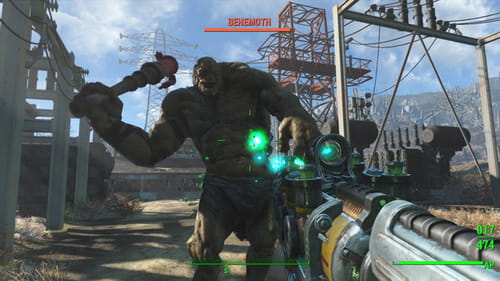 Note that other perks can be gained by performing some actions like reading a magazine, these perks are permanent (unless it’s specified) and can be viewed on the Pip-Boy’s screen.

Primary Statistics are symbolized by S.P.E.C.I.A.L attributes which is an acronym for the 7 primary attributes Strength,Perception, Endurance, Charisma, Intelligence, Agility, Luck. They don’t have any meaning by itselves but are instead used to compute Derived statistics and used in the S.P.E.C.I.A.L perk system.

The game has been rated with a PEGI 18 label. It contains some mature content such as blood and gore, drug reference, intense violence, strong language, suggestive themes, and use of alcohol.

The Fallout serie has many titles, you can also try the more minimalist Fallout Shelter or the online Fallout 76.