The most colorful time of the year comes to Animal Crossing: New Horizons. After the Christmas update, Nintendo prepared two new free updates. The first one was the free January update available from January 28th, 2021, including the Festivale event and Pave with frenetic notes of carnival music. The second one is the free Seasonal update starting February 25: it will include Super Mario Items, as well as items for Saint Patrick’s Day (Shamrock Day), Pi Day, and the Girl’s Day. If you want to know what's coming with those updates on Animal Crossing: New Horizons, then keep reading.

Animal Crossing: New Horizons dressed up with carnival colors for the Festivale event. On February 15th Pave came to the main square of your island to bring the carnival spirit! On this day, Pave asked for floating rainbow feathers around the island - if you collected them all, you received a passionate dance in return, and maybe even some new items. Colored feathers were rare and exchangeable with Pave. You could then invite your friends to the Festivale event and to celebrate it together. 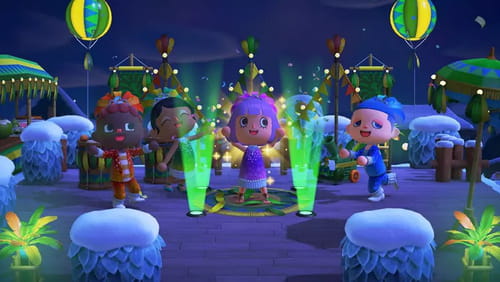 With the event, four new reactions came to Animal Crossing: Feelin’ It, Let’s Go, Viva, and Confetti reactions (they were available for a limited time).

New Festivale clothes were available for purchase from Able sisters tailor shop for a limited time.

New seasonal items were available through the seasonal tab of Nook Shopping and in Nook's Cranny. They were related to Valentine's Day, such as chocolate hearts and heart-shaped bouquets. But besides Valentine’s Day items, between January and February other interesting items will be available for purchase. Their themes are related to Groundhog Day, the Super Bowl Celebration, and the Korean New year.

Dates for the January Update

January 27 and January 28 (according to your time zone) were the release dates for the Festivale Update.

Now that you enjoyed the first update of the year, get ready for the next Animal Crossing update! Starting February 25, Nintendo brings you special items and updates for Super Mario’s 35th anniversary but also for the Girl’s Day in Japan (Hinamatsuri), as well as Pi Day and Saint Patrick’s Day (Shamrock Day in Animal Crossing).

Wondering how to update Animal Crossing? Updates are usually automatic but you can do it manually by going to the game’s settings.

However, depending on your region, some of these items may be absent. You can download the update from February 25 and then buy the items from the Nook Shopping from March 1st. 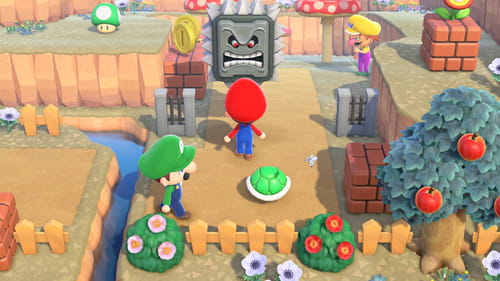 To celebrate the Hinamatsuri festival on March 3, you will be able to purchase a hinaningyo (doll) and blossom lanterns between February 25 and March 3. 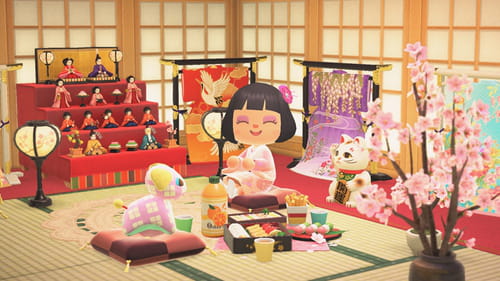 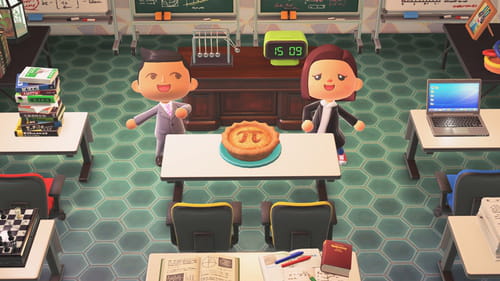 Saint Patrick’s Day is Shamrock Day on Animal Crossing. As the original holiday, it is celebrated on March 17. For this occasion, you will be able to purchase holiday-themed fashion items from Able Sisters from March 10 through March 17, as well as some special items, including: hamrock soda, shamrock door plate, and shamrock rug. These items will be available during the same period as the clothing items and each day one of these will be available. The selection will change daily, so make sure to connect every day! 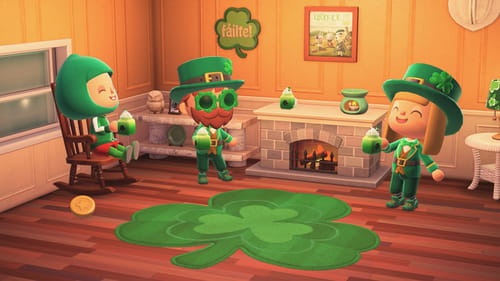 Images: Nintendo
Related
This document, titled « January through March: Updates on Animal Crossing: New Horizons », is available under the Creative Commons license. Any copy, reuse, or modification of the content should be sufficiently credited to CCM (ccm.net).
Previous