Times change and so does the technology. The progress goes so fast sometimes that we don’t even notice new inventions as they are integrated in our daily life. However, is it a good thing that technology is developing so rapidly? Should we try and slow it down or, instead, continue to dive into new gadgets, software and AI-related devices? No one can say. However, we can continue to learn about technologies and try to understand where the virtual world is coming from and where it is leading us. In this article, you will find the best documentaries about technologies and the Internet. 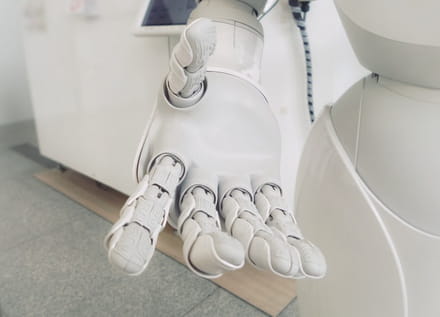 Lo and Behold, Reveries of the Connected World – 2016

Vernor Herzog’s 2016 documentary movie about the “Connected World” is devoted to the origin of the Internet - from its occurrence in auditoriums of the University of California to its undeniable role in development interplanetary flights, including Mars expeditions. The director himself acted as a storyteller: in the movie he interviews Bob Cana, Elon Musk and other famous physicists, engineers and people related to the development of the World Wide Web. In addition to the positive aspects of technology and its benefits for our daily lives thanks to the Internet, the documentary reveals the dark sides of the virtual world - the issues with data security, anonymity and Internet addiction.

Netflix documentary about the 2018 scandal happened with Cambridge Analytica, the private consulting company that was engaged in collecting and analyzing data from Facebook users. Apparently, it influenced the 2016 U.S. presidential elections and Brexit. An interesting approach to data safety and Internet users vulnerability online.

Go is an ancient Chinese game, which is considered one of the most abstract and complex games on the planet. Variations in its strategies - more than the atoms in the universe. To play it, you need to have outstanding logical and creative abilities. The whole documentary is based on how London-based company DeepMind creates the AI-based AlphaGo program to see if the AI can defeat the virtuoso and one of the best players in Go - Lee Sedol.

A documentary made for everyone who has a friend or a member of the family who loves Dota. Three stories of three professional Dota2 players, how they are preparing for the first world Dota2 championship with 1 million dollars prize fund. The movie is also about cybersports in general, that it’s not a children’s game, but a serious industry where you can build a real career.

A curious movie about the new economy where the main products are applications and e-platforms. The story line follows app developers and creators and shows how they transform a technological concept into an integral part of our daily lives, how much does it cost and what does it take to create a really useful and topical app.

”General Magic” is a fascinating documentary movie about our world nowadays seen by scientists and engineers from 1994. Not many people know that there was a secret start-up called General Magic in Silicon Valley back in the 90’s. It spun out of Apple to create something “big” and apparently the team behind the company preempted the invention of first smartphones, foresaw the e-commerce development, emojis and many more genius ideas that we take for granted today.

A curious film about how technology is stepping into medicine, ethics, aesthetics and what will happen from all this. The plot is following the journeys of hospital-bound tetraplegic, a blind retiree, and an artist with Parkinson’s disease while they receive cutting-edge brain implants. As the story unfolds, viewers find the answer to the question of what our world will be like in the future.

Related
This document, titled « The Best Documentaries About Technologies », is available under the Creative Commons license. Any copy, reuse, or modification of the content should be sufficiently credited to CCM (ccm.net).
Previous

How Does Internet Work Undersea: Things We Don't Know

Why Is the Mouse Cursor Tilted?

How Does Internet Work Undersea: Things We Don't Know
Why Is the Mouse Cursor Tilted?