Disclaimer: This is not an official download from Google, however it is compatible with any software and works as a functional Google translator. 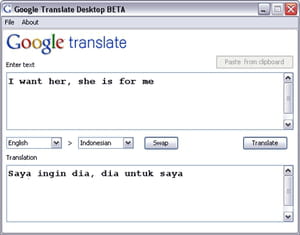