Google for iPhone and iPad is a handy app if you are used to browsing the Internet with Google!

Developed by Google Inc itself, Google App is an official application that can find restaurants nearby and provide all that accessible info the user is asking for, like classic Google on the web. Some options are similar to the web version but its design and features are more adapted to iOS devices. We can even get further and more accurate information compared to the web version. 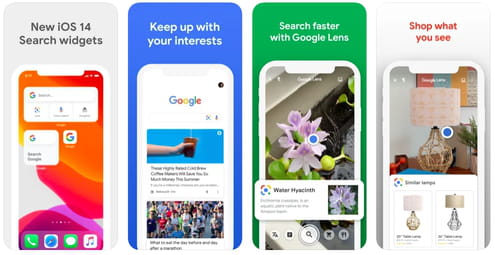 How to Use Google App?

Google App is as easy to use as a classic Google web. Just open the app and type whatever you want to find, then tap Search.

The app is completely free to download and use.

Google Search app normally comes pre-installed on all Android devices. If you accidentally deleted it, you can download it here for Android.

To run Google App on your Apple device, you need iOS/iPadOS 12.0 and later versions.