This is a great app, however the free version has many limitations (having to choose between PC and mobile, for example).

LastPass is a password manager software. It stores encrypted passwords online. LastPass has two versions: an extension for your web browser and a mobile app. It has over ten million installations on Android, and over thirty thousand ratings on the Apple store. In this article, we discuss some of LastPass’ main features, as well as some additional information. 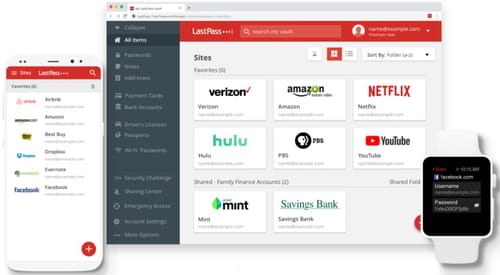 How Does LastPass Work?

If you want to use LastPass for your Internet browser (Chrome, Mozilla, Safari, Opera, Internet Explorer), you have to install the LastPass extension. Next, you have to create your LastPass account. As mentioned above, you have many ways to manage the LastPass vault, such as by importing information or just logging to websites and apps.

The LastPass mobile app functions in a similar way as the desktop version. 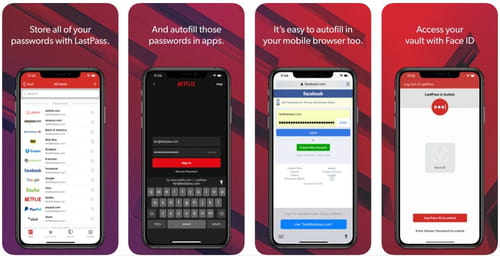 LastPass has no history of security issues. In fact, it uses multiple layers of security and does not reach out to third parties in order to monitor their operations. LastPass uses AES-256 bit encryption with PBKDF2 SHA-256 and salted hashes, as well as local-only encryption and multi authentication factors, among others. This makes the software quiet secure.

You can download and use a free version of LastPass, that includes a 30-day trial of the Premium version. The Premium version costs €2.90 a month (billed annually) and there is also a Family version with 6 Premium licenses for €3.90 a month.

The LastPass download linked to this page is for Android devices - the required version of this OS to run this app varies with devices. For the Apple version you need iOS/iPadOS 12.0 or later and it is compatible with iPhone, iPad and iPod Touch. As mentioned above, the web browser plugin is not only a LastPass Chrome extension but it is also compatible with Mozilla, Safari, Opera, and Internet Explorer.
Image: LastPass/Apple Store