eFootball 2022 is a really good soccer game, always pushing the boundaries in all fields, graphics, AI, and it does its best to offer you the best game feel ever. eFootball 2022 is going to change how players can access soccer games and how we play together.

eFootball 2022 is the renewed version of the famous soccer game developed and published by Konami. eFootball 2022 is a free-to-play, cross-multi-platform, soccer game developed using the Unreal Engine, empowered by the engine Konami has been able to produce a more realistic, more dynamic, and more eSports-oriented game. Konami has left behind the model of the Pro Evolution Soccer (PES), everything is better and more elaborate such as graphics, controls, new game modes, and more. eFootball 2022 is more accessible to all users than ever. 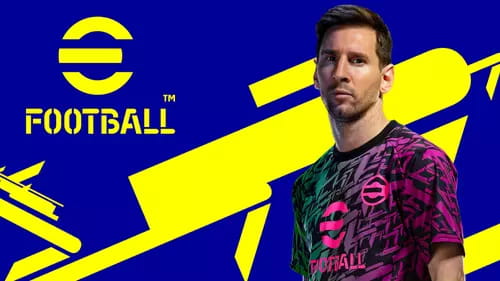 The famous Master League game mode that puts you on the manager’s seat will be added in later on and it won’t be free as it will be part of premium downloadable content.

Another of eFootball 2022's highlights is undoubtedly its graphic quality and its intention to provide an outstanding atmosphere that reproduces the excitement of the most awaited soccer matches. The motion and skills of the players have been improved, as well as the rest of the elements (from the grass on the field to the fans in the stands), to give the game a renewed realism. In addition, the music chosen by the developers is perfect to round off the whole.

What are eFootball 2022 reviews?

eFootball 2022 reviews are balanced but the game is gaining more and more popularity as the developers keep adding new features and the community keeps growing.

eFootball 2022 will support cross-play between all the available platforms.

eFootball 2022 is free, like many other football you can purchase in-game additional contents.

It has been rated PEGI 3.