AIMP is a great alternative to other media players.

AIMP is a popular audio player which supports many audio formats and that allows users to quickly manage their playlists and the software’s interface. In this article, we discuss some of the media player’s key features, as well as some additional information. 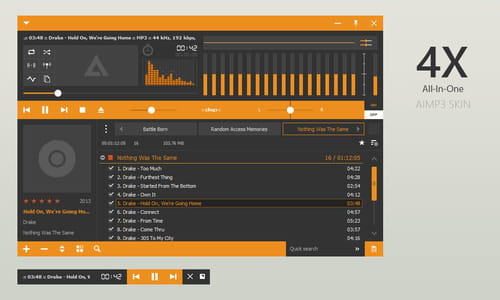 Here are some of the main features of the AIMP player:

A vulnerability in AIMP was rumored in 2009 (version 2.51 build 330). Back in 2013 the developers have warned users about a fraudulent website with a similar name asking for donations.

As always, we recommend reading the official Privacy policy before installing the AIMP Music Player. In general, it seems as safe as any other media player.

This AIMP for PC is compatible with Windows Vista/7/8/10. There is also a version for Android.
Images: AIMP Official