A good graphics card is needed if you love playing video games on your computer or work with large video files and graphics. In this article, we will explain to you how to choose a graphics card for your pc and which parameters should be taken into account when doing so. 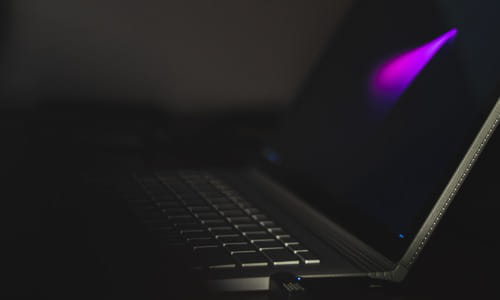 How to Select a Video Card for Your Computer

A graphics card (or video card) is small hardware designed for graphic applications. When choosing this item, you should consider your specific needs as well as its cost:

The video card memory stores intermediate data, which is then displayed on the monitor. Modern games use the GDDR5 memory standard.

The memory bus connects the GPU and memory to exchange data between them. The bit rate of this bus is important: it can be 64, 128, 256, 384 and 512 bits. As a rule, the larger the bus, the faster the exchange between the GPU and memory. A 256-bit bus is more efficient than a 128-bit bus for the same GPU and the same memory.

The graphic bus provides the connection between the graphical card and the rest of the PC.

For reading different video formats, full format decoding with a video card looks like this:

Tips Before Buying a Graphics Card

If you have a new PC (or a PC with an upgrade), please note the following: the graphics cards recommended later are mainly for new PCs. If you want to replace the graphics card with a PC, there are compatibility restrictions.

Be careful not to buy a graphics card that is too powerful for your PC. If the graphics card parameters exceed the CPU performance or screen characteristics of your computer, it will be a waste of money. For example, if you want to install an HD 7970 card, it is better to have a computer with a Core i5 2400 than a Phenom II X4, which even when overclocking, limits the video card.

Hardware Selection For Use in Desktop PCs

A few years ago, the most interesting in terms of performance/price were the following graphics cards:

In March 2016, the new version of the GTX 950 seemed very attractive to upgrade a branded PC with weak power supply: the GTX 950 75W! It does not require a 6-pin power connector.

The AMD R7 / R9 200/300 series is not really new, some cards are actually CG versions that existed before:

This choice does not mean that you should not use other video cards. The main thing is to take note of the advice often contained in advertisements of equipment manufacturers! And do not forget about such parameters as memory frequency.

A laptop video card is not usually a separate card, as in a pc, but an integral part of the motherboard. Only a few lucky people will be able to change their video cards - mainly owners of high-end notebooks.

There is another possibility to improve the graphics performance on a notebook: by using an external graphics card or eGFX (external graphics). So far this solution has limited the speed of PC-CG connection, but after the appearance of Thunderbolt 3 ports in USB-C with a speed of 40 GB / s in early 2016 (which corresponds to PCI-E x 4 V3), the use of external graphics cards became more convenient.

As you can see, there are many settings and details, and the right choice is not easy to make. It is important to consider the following main points:

1) First, you should know that the video cards for laptops do not correspond to their desktop versions.

Comparative tests conducted by specialized magazines show that the performance of a graphics card for laptops clearly lags behind that of a video card for desktop PCs:

In nVidia, the GTX 960M is close to the GTX 750 desktop, so we can assume it's the bare minimum required for gaming.

The GTX 970M is close to the GTX 960 desktop and is the recommended graphics card for comfortable playback on a notebook.

2) It is important that the graphics card has a minimum of 3 GB of memory.

Fortunately, web resource Notebookcheck regularly tests the majority of graphic cards for laptops in thirty games to avoid unpleasant surprises. The same website also offers a ranking of all video cards for laptops.

- For use in the office or for multimedia: a HD 4000/5000 type chip (part of Intel mobile processors) which allows you to play a little.

Note: modern average notebooks ($800/1500) often come with a powerful processor, but they don't have a very powerful graphics card: they are good for complex calculations, but not for 3D games. 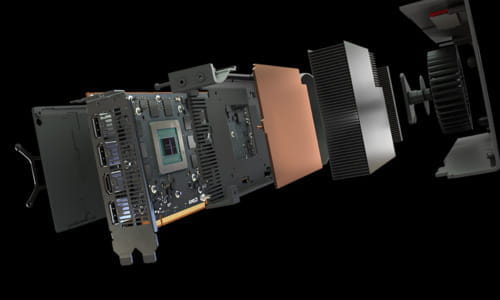 Another major graphics card manufacturer, Nvidia, presented a series of the latest GEFORCE cards with impressive features: they are based on Ampere architecture, have an 8-nanometer processor and support data transfer from an SSD.

The cheapest model ($600 rubles), RTX 3070 ($600 rubles), has 8 GB GDDR6X memory. The next model in the lineup, RTX 3080, has already received 10 gigabytes of GDDR6X memory and a clock speed of 19 GHz / bandwidth of 760 gigabytes per second. This model seems to be the most interesting if you consider the price-quality ratio - it is twice as fast as the previous analog RTX 2080. 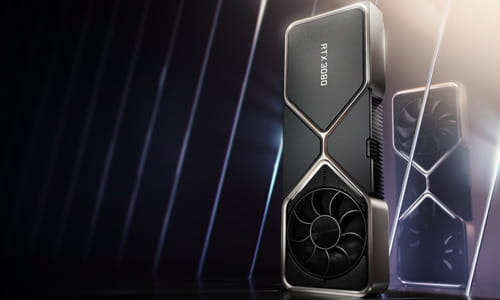 Depending on your tasks (applications, games or CAD / CAD), select the appropriate types of video cards.

Related
This document, titled « How to Choose a Graphics Card for Your PC », is available under the Creative Commons license. Any copy, reuse, or modification of the content should be sufficiently credited to CCM (ccm.net).
Previous

How to Play Games and Watch 4K Movies on PC

Which Graphics Card to Buy on Black Friday?

How to Play Games and Watch 4K Movies on PC
Which Graphics Card to Buy on Black Friday?