During the Pokémon 25th Anniversary event, a new game, part of the 8th generation of Pokémon games, was announced: Pokémon Legends: Arceus. Developed by Game Freak, this new installment comes as a prequel to the 2006 video games Pokémon Diamond and Pearl. In this article, we discuss everything we know about the game until now, so if you have that Pokémon fever like millions of fans all over the world, then read on! 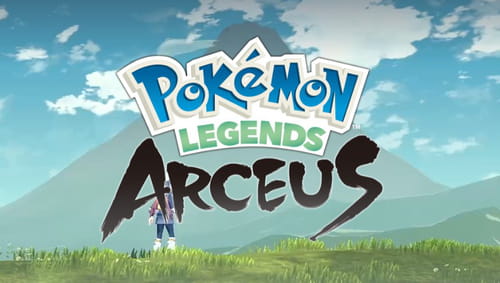 Pokémon and humans haven’t always lived together - and the land of Sinnoh hasn’t always been called like that. Ages ago, it was called Hisui and Mount Coronet rose from its center. It was surrounded from all sides by beautiful and rich environments, an abundance of different Pokémon ecosystems.

In this installment, players have to complete the first Sinnoh Pokedex. However, be careful! Some Pokémon will be aggressive - from what we know from the trailer when the sky starts to split open, some of them will have their eyes turn red and their behavior will drastically change! 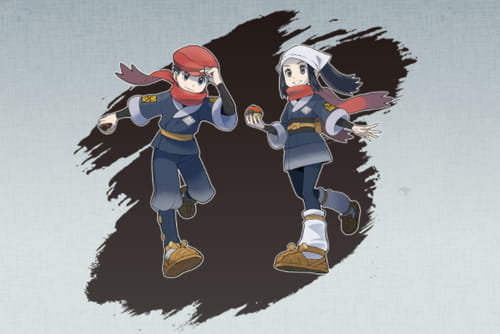 Players will join the Galaxy Expedition Team (or just the Galaxy team), whose members are based in the Jubilife Village (before it becomes Jubilife City in Pokémon Diamond and Pokémon Pearl) and come from various regions in order to study Hisui. The team is composed of Medical, Security, and Survey Corps - and as you might have guessed, you will be a part of the last one. Depending on the characteristics you choose in the beginning, your avatar will appear either as Akari or Rei. You will receive assignments to explore the different regions and will get new ones every time you come back from your research expedition.

Check out the Pokemon legends Arceus trailer below!

Players will get to meet and collaborate with other characters. The leader of the Galaxy team is Commander Kamado who can be harsh but reliable and trustworthy. He is the ancestor of Professor Rowan that you might know from Pokémon Diamond and Pokémon Pearl. Captain Cyllene is the leader of the Survey Corps and although she is strict, she is the one that sees the player’s potential and invites them in the team. Professor Laventon is the one that wants to create the first pokédex - he’s a part of the Survey Corps.

Just like Commander Kamado, the game promises that you will meet other NPCs who are ancestors to familiar faces from other Pokémon games.

What is common between the starters of Pokémon Legends: Arceus is that they are themed after Japanese samurai and history. Let’s seen how:

Oshawott is a water-type that evolves into Dewott (level 17) and then into Samurott (level 36). In Japanese, Samurott is called Daikenki and is based on a samurai (“sword demon”).

Rowlet is a grass-type, a dual-type (grass- and flying-type) in Pokémon Sun and Moon. Rowlet evolves into Dartrix (level 17) and into Decidueye (level 34 - changes into a grass/ghost-type). Decidueye looks like an archer.

Cyndaquil is a fire-type. Not featured in the most recent games, Cyndaquil evolves into Quilava (level 14), and then into Typhlosion (level 36). Typhlosion in Japanese is Bakufuun, which means Shogunate or Shogun - and it unites the three Pokémon under the same theme. 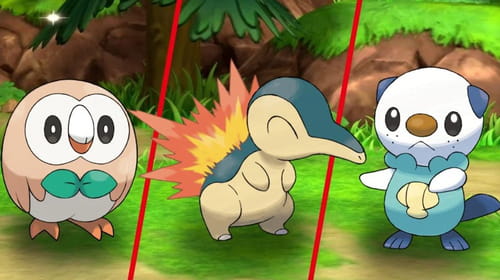 As confirmed by Nintendo, Pokémon Legends: Arceus is open-world. It is an action role-playing game (action RPG) with a new approach to the series: the player can start a battle by releasing a previously captured Pokémon near a new Pokémon, however, for the first time the player can get damage from wild Pokémon. There will be no battle-specific screen. In addition, different Pokémon will react differently and some might prefer to flee. It is also important to note that the old system of one turn at a time will be replaced. Instead, it will be the Pokémon’s stats, among other factors, that will be decisive for the number of actions possible, as well as for their order, which may result in multiple turns in a row. 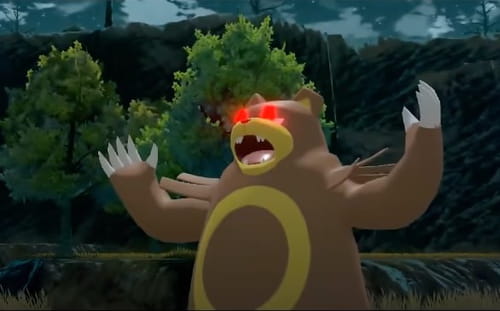 Another important mechanic when it comes to battles is that each Pokémon can remember up to four moves at a time. Moreover, they can be unleashed in two ways: Agile style and Strong style. The first one refers to an increased speed (but a lowered power), whereas the second one does the opposite: it raises the power but it lowers the speed.

When it comes to the map, in Jubilife Village players can find various institutions and services (for example, a trading post). However, some features require a paid Nintendo Switch Online membership. Outside the village, you will find base camps. They can serve as a place to rest, to recover for your Pokémon, and to craft (for example, poké balls and smoke bombs) as they are equipped with workbenches.

The game will be available exclusively on Nintendo Switch.
Images: Nintendo

Related
This document, titled « Everything we know about Pokémon Legends: Arceus », is available under the Creative Commons license. Any copy, reuse, or modification of the content should be sufficiently credited to CCM (ccm.net).
Previous