On May 15, 1973, the National Bureau of Standards (NBS, now called NIST for National Institute of Standards and Technology) published a request in the Federal Register for an encryption algorithm that would meet the following criteria: have a high security level related to a small key used for encryption and decryption; be easily understood; not depend on the algorithm's confidentiality; be adaptable and economical; and be efficient and exportable. In response, In late 1974, IBM proposed Lucifer that was modified on November 23, 1976 to become the DES (Data Encryption Standard). The DES was approved by the NBS in 1978. The DES was standardized by the American National Standard Institute (ANSI) under the name of ANSI X3.92, better known as DEA (Data Encryption Algorithm). 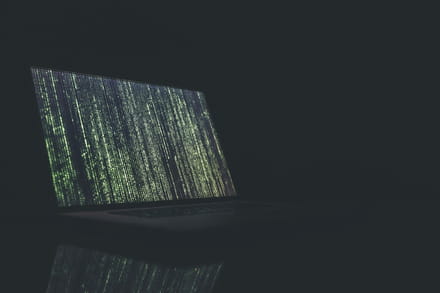 Principle of the DES

The DES is a symmetric encryption system that uses 64-bit blocks, 8 bits of which are used for parity checks (to verify the key's integrity). Each of the key's parity bits (1 every 8 bits) is used to check one of the key's octets by odd parity. This means that each of the parity bits is adjusted to have an odd number of '1's in the octet that it belongs to. Therefore, the key has a length of 56 bits, or in other words, only 56 bits are actually used in the algorithm.

The main parts of the algorithm are the following:

Fractioning of the Text

This permutation table, when read from left to right, then from top to bottom, shows that the 58th bit of the 64-bit block is in first position, the 50th is in the second position, and so forth.

Once the initial permutation is completed, the 64-bit block is divided into two 32-bit blocks, respectively denoted L and R (for left and right). The initial status of these two blocks is denoted L0 and R0:

It is noteworthy that L0 contains all bits having an even position in the initial message, whereas R0 contains bits with an odd position.

The Ln and Rn blocks are subject to a set of repeated transformations called rounds, shown in this diagram, and the details of which are given below:

The 32 bits of the R0 block are expanded to 48 bits, thanks to a table called an expansion table (denoted E), in which the 48 bits are mixed together and 16 of them are duplicated:

As such, the last bit of R0 (that is, the 7th bit of the original block) becomes the first, the first becomes the second, and so on.

Exclusive OR with the Key

The resulting 48-bit table is called R0 or E [R0]. The DES algorithm then exclusive ORs the first key K1 with E[R0]. The result of this exclusive OR is a 48-bit table we will call R0 out of convenience (it is not the starting R0!).

R0 is, then, divided into 8 6-bit blocks, denoted R0i. Each of these blocks is processed by selection functions (sometimes called substitution boxes or compression functions), generally denoted Si.

Here is the first substitution function, represented by a 4-by-16 table:

Each 6-bit block is, therefore, substituted in a 4-bit block. These bits are combined to form a 32-bit block.

The obtained 32-bit block is then subject to a permutation P. Here is the table:

All of these results output from P are subject to an Exclusive OR, with the starting L0 (as shown on the first diagram) to give R1, whereas the initial R0 gives L1.

All of the previous steps (rounds) are repeated 16 times.

At the end of the iterations, the two blocks L16 and R16 are re-joined, then subject to inverse initial permutation:

The output result is a 64-bit ciphertext.

Given that the DES algorithm presented above is public, security is based on the complexity of encryption keys.

The algorithm below shows how to obtain, from a 64-bit key (made of any 64 alphanumeric characters), 8 different 48-bit keys each used in the DES algorithm:

Firstly, the key's parity bits are eliminated so as to obtain a key with a useful length of 56 bits.

The first step is a permutation denoted PC-1 whose table is presented below:

This table can be written in the form of two tables Li and Ri each made of 28 bits:

The result of this first permutation is denoted L0 and R0.

The bits in the first position move to last position.

The two 28-bit blocks are, then, grouped into one 56-bit block. This passes through a permutation, denoted PC-2, giving a 48-bit block as output, representing the key Ki.

Repeating the algorithm makes it possible to give the 16 keys K1 to K16 used in the DES algorithm.

TDES, an Alternative to the DES

In 1990, Eli Biham and Adi Shamir developed differential cryptanalysis that searches for plaintext pairs and ciphertext pairs. This method works with up to 15 rounds, while 16 rounds are present in the algorithm presented above.

Moreover, while a 56-bit key gives an enormous amount of possibilities, many processors can compute more than 106 keys per second; as a result, when they are used at the same time on a very large number of machines, it is possible for a large body (a State for example) to find the right key.

TDES is much more secure than DES, but it has the major disadvantage of also requiring more resources for encryption and decryption.

In 1997, NIST launched a new call for projects to develop the Advanced Encryption Standard (AES), an encryption algorithm intended to replace the DES.

The DES encryption system was updated every five years. In 2000, during the most recent revision, after an evaluation process that lasted for three years, the algorithm that was jointly designed by two Belgian candidates Sirs Vincent Rijmen and Joan Daemen was chosen as the new standard by NIST. This new algorithm, named RIJNDAEL by its inventors, will replace the DES from now on.

Related
This document, titled « Introduction to Encryption with DES », is available under the Creative Commons license. Any copy, reuse, or modification of the content should be sufficiently credited to CCM (ccm.net).
Previous