Digital transmission is the sending of information over a physical communication media in the form of digital signals. Analogue signals must therefore be digitised first before being transmitted. The present article discusses in detail the different types of encoding. 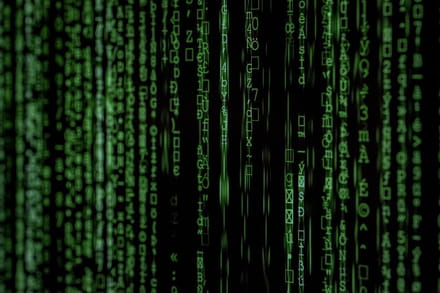 Digital information cannot be sent directly in the form of 0s and 1s. First, it must be encoded in the form of a signal with two states, for example:

This transformation of binary information into a two-state signal is done by the baseband decoder (DCE), which is the origin of the term of </bold>baseband transmission</bold> to designate digital transmission.

To optimize transmission, the signal must be encoded to facilitate its transmission on the physical medium. There are various encoding systems for this purpose that can be divided into two categories:

NRZ encoding (meaning No Return to Zero), is the first encoding system, and also the simplest. It consists of simply transforming the 0s into -X and the 1s into +X. This results in a bipolar encoding in which the signal is never null. Thus, the receiver can determine whether a signal is present or not.

NRZI encoding has numerous advantages, including:

However, it does have one problem: the presence of continuous current during a sequence of zeros that disturbs the synchronization between transmitter and receiver.

Manchester encoding, also called biphase encoding or Phase Encode (PE), introduces a transition in the middle of each interval. In fact, it amounts to performing an exclusive OR (XOR) of the signal with the clock signal that translates into a rising edge when the bit value is zero and a falling edge in the opposite case.

Manchester encoding has numerous advantages, including:

Delay encoding, also called Miller encoding, is similar to Manchester encoding, except that a transition occurs in the middle of an interval only when the bit is 1. This allows higher data rates.

Bipolar encoding is a three-level encoding. Therefore, it uses three states of the quantity transported on the physical medium:

Related
This document, titled « Data transmission - Digital data transmission », is available under the Creative Commons license. Any copy, reuse, or modification of the content should be sufficiently credited to CCM (ccm.net).
Previous