an innovative and easy way to play Minecraft with your friends!

Multiplayer for Minecraft PE is the application that lets users play Minecraft Pocket Edition with several players. With the iPod, iPhone and iPad, gamers can host their own Pocket Edition servers without the need of a desktop computer, recurring charges and In-App purchases. This application designed for iOS users is developed by Innovative Devs. 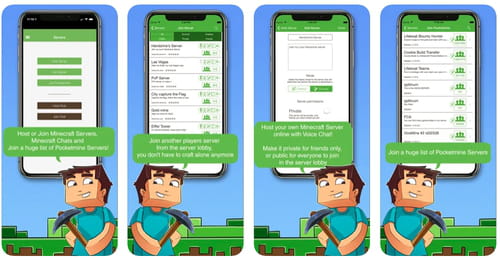