Crime City
Download
Download Freeware
iPhone - English
Crime City is an action-packed adventure Role Playing Game designed for iOS devices. Gamers have to build their own criminal empires and start shake down and fight neighbors. By stealing valuable loot and other deeds, the mob turf war can start. 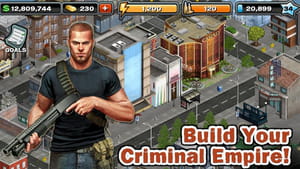 is the best ever
is best game ever