The ProtonMail is the world’s largest encrypted email service designed by CERN scientists in 2013. It encrypts and secures all emails so it becomes impossible to access them by third parties. It also has a user-friendly interface that makes it easy to understand and get used to. 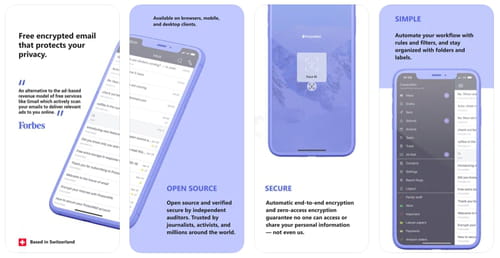 How Does ProtonMail Work?

The ProtonMail uses a combination of public-key cryptography and symmetric encryption protocols to offer end-to-end encryption for your emails, so they can only be decrypted by the recipient on their device. Even ProtonMail doesn’t have access to user’s correspondence.

ProtonMail is considered one of the safest email services. It secures your emails by PGP end-to-end encryption. 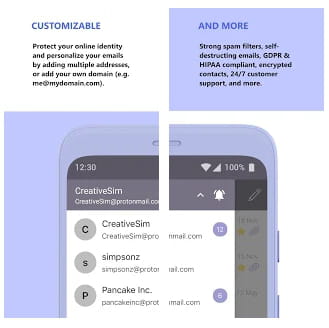 You can also download ProtonMail for iOS devices and your computer.

To run ProtonMail on your device, you need Android 5.0 and up. For Apple devices, you need to have iOS/iPadOS 10.0 and later. Photo – apps.apple.com; play.google.com
Share
Related
Latest update on March 10, 2021 at 09:50 AM by Natalia Kudryavtseva .
View comment