There is a reason Avira is one of the most famous antivirus programs - why don't give it a try?

Avira Antivirus is a security software developed by the German company Avira Operations GmbH & Co. KG. Their antivirus application was founded in 2006 and is available for devices with different operating systems. In this article, we focus on the Android version as we discuss some of the app’s key features, as well as some additional information. 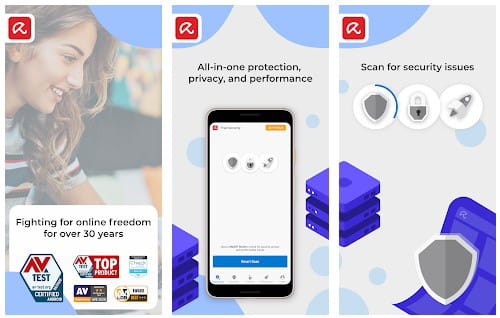 Here are some of Avira Antivirus’ (for Android) main features:

Is Avira Antivirus for Android Safe?

Is Avira Antivirus good? It seems that the app has no history of security issues or abusive data collecting. As always, we recommend reading the official Privacy policy in order to take note of the way Avira uses your data. In general, the app seems very safe.

Is Avira Antivirus for Android Free?

You can download and use this app for free. However, it contains some optional in-app purchases. You can also find an Avira Antivirus Pro version, called Avira Prime that offers a VPN to the package. Prices start from $9.95 a month.

In order to run this app on your device, you need Android 6.0 and up. Avira Antivirus is also available for iPhone and iPad.
Images: Google Play