Halfbrick studio knows how to make simple but challenging games. This is quite a good game with seasonal updates, you should give it a try.

Jetpack Joyride is an arcade jetpack game developed and published in 2011 by the video game studio Halfbrick studio. In Jetpack Joyride, you will have to go as further as you can and make as many points as possible. Jetpack Joyride is available on many platforms including Android, iOS, PS4, and more. Come and try to beat the Jetpack joyride world record in this one-button game where a human and jetpack are all one. This is the Jetpack Joyride for Android APK version.. 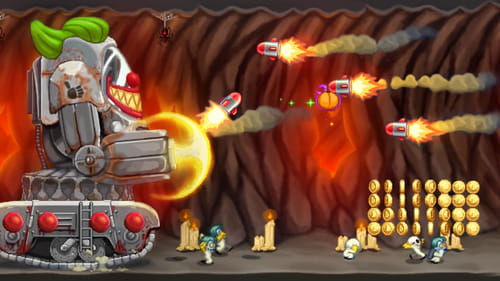 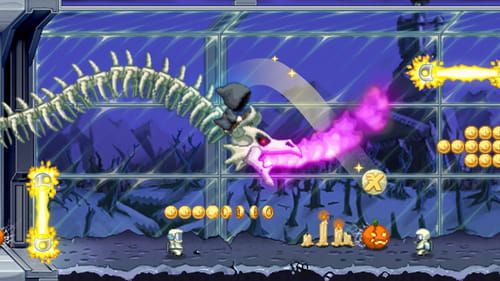 Jetpack joyride is free on mobile. However the game can be paid for on consoles or other platforms, it costs $2.99 on PS Store. The game contains in-app purchases.

The game is rated PEGI 7. It contains soft violence.

You can also try the JetPack Joyride 2 title.