NARAKA: BLADEPOINT is a refreshing battle royal game with unique aesthetics and an innovative combat system for its genre.

NARAKA: BLADEPOINT for PC is an action-adventure battle royale video game where up to 60 players fight against each other to be the last one standing fighter. The game takes place in a vast universe inspired by Asian aesthetics. It offers a well-designed vertical level design and a dynamic and fast-paced close-ranged combat system, a vast arsenal of weapons, and lots of freedom. Choose your fighter depending on its uniques abilities and skills, play solo or in a team, and defeat your enemies. 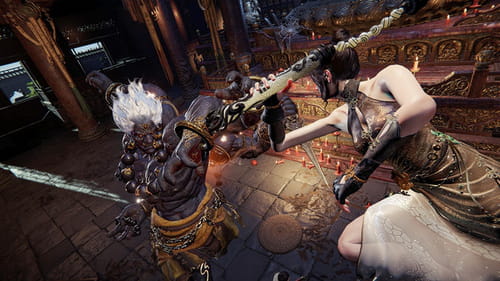 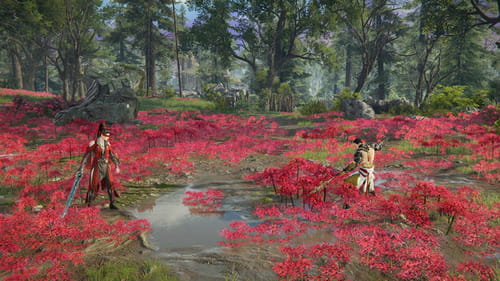 This game has been developed using Unity 4 and offers very nice-looking graphics and pleasant audio feedback and ost. You will notice that lots of care have been taken to polish animations, high definition textures, lighting, and shadows, resulting in beautiful graphics inspired by Asian aesthetics and philosophy.

NARAKA: BLADEPOINT is a multiplayer video game where 60 players fight for survival. You can play it either in a team of three players or solo. Each game can last over 20 minutes. However, count several hours if you want to start to compete in real fights.

"Naraka: Bladepoint is definitely one of the best titles that China has brought to screens in the last period. An original interpretation of the Battle Royale genre that takes advantage of the classic strengths of the multiplayer experience with many players, but which innovates in key aspects such as the combat system." (Multiplayer.it)

NARAKA: BLADEPOINT has been rated PEGI 12because it features moderate violence and occasional blood effects. As a multiplayer online game, note that you will meet real unknown people.

NARAKA: BLADEPOINT is currently only available for Microsoft Windows.