Google Stadia, is a streaming gaming platform (without a console). If you want to know everything about the Google Stadia, from how it works to what kind of subscriptions and game titles it has, read on. 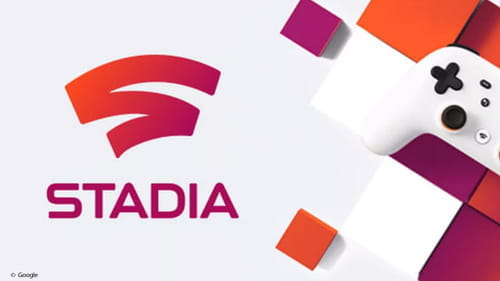 How Does Google Stadia Work?

The Google Stadia works on different devices, such as tablets and computers. The main difference is that playing does not require a console, instead the video games are stored in the cloud.

In the beginning, the devices must have a Chromecast Ultra, that is only those who have a Smart TV with Google Cast, or with phones can play Pixel 3 and Pixel 3a. In addition, devices with Android M or iOS 11 operating system and higher, will allow you to purchase games and make subscriptions, after downloading the Stadia app. However, Google's idea is that in the future all Chrome devices can use Stadia: 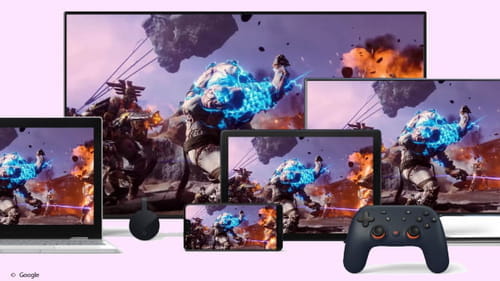 In order to play on Google Stadia, it is necessary to have a minimum connection of 10 Mbps download and 1 Mbps upload. Optimum being a quality of 1080p HDR at 60 fps, a minimum of 20 Mbps is recommended, and between 30 and 35 Mbps to have 4K resolution. 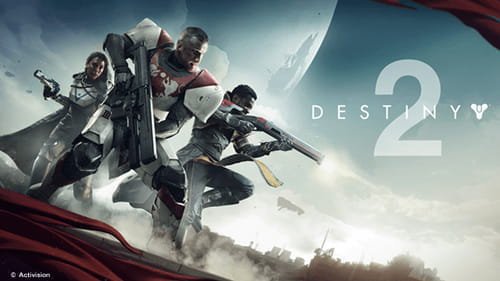 Stadia Pro: This subscription arrives in November, is prices at $9.99 per month, and will give access to several games with 4K and 60 resolution frames. Discounts will also The purchase of other games will include discounts.

Founder's Edition: This package, which costs $129 dollars, includes the Stadia controller in a limited version (night blue), a Chromecast Ultra device to play on televisions, a 3-month subscription to Stadia Pro (and another three for the friend or family member chosen by the client), and priority when choosing a username. It also incorporates the game Destiny 2: 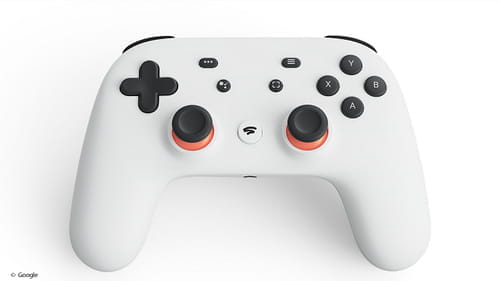 Related
This document, titled « Google Stadia Guide », is available under the Creative Commons license. Any copy, reuse, or modification of the content should be sufficiently credited to CCM (ccm.net).
Next