Switch, Nintendo's hybrid video game console , has become one of the most popular on the market due to its great versatility and the huge number of games available in its catalog, close to half a thousand. But together with the most famous titles, such as Fortnite, Animal Crossing, FIFA or Minecraft, there are infinity of games developed by much less known independent studios ... and certainly interesting. Here are some of the most weird and original games you can enjoy on your Switch. 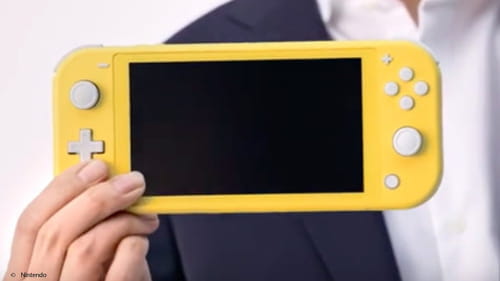 Pode is a collaborative puzzle game developed by Norwegian indie studio Henchman & Goon. With an aesthetic that is vaguely reminiscent of Pixar, Pode takes you to a world of rocks, caves and vegetable landscapes in which the two main characters, a sun and a shining crystal (one will be you, and the other, the other player), must work together to solve puzzles by combining their powers. 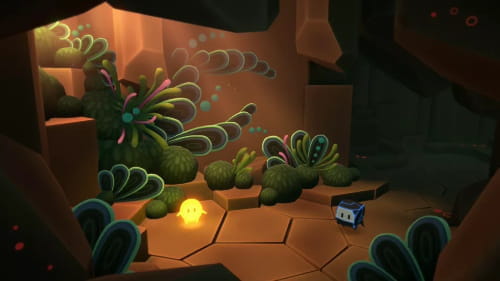 You'll like it if... you enjoy cute character games that make you want to hug the characters and have fun with collaborative puzzle titles.

PC Building Simulator, is a strategy simulator that allows you to use all your computer knowledge to create a super computer dedicated to video games. The game has two modes, one free and one time trial, to demonstrate your knowledge and get the dream gamer machine, completing tasks such as removing viruses, including or removing items, buying second-hand parts, etc. 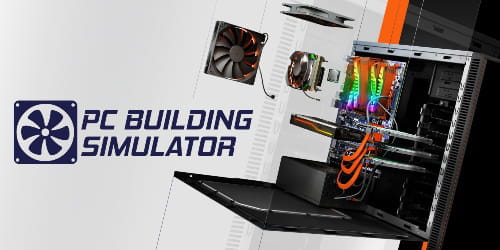 You will like it if... you have the soul of a computer geek.

No Thing: The Most Absurd

No Thing is an extremely simple and at the same time extremely strange game. The game's story is set in a haunting, futuristic setting, with distorted colors, floating buildings, and flying cars. Your character is a messenger who must convey a message to the Queen, traveling dreamlike landscapes of roads, curves and ramps. If you lose, you must start again from the beginning. The most characteristic thing about the game, which can enchant or horrify you, is the absurdity of the story, narrated by a robotic voice that rambles in meaningless dialogues. 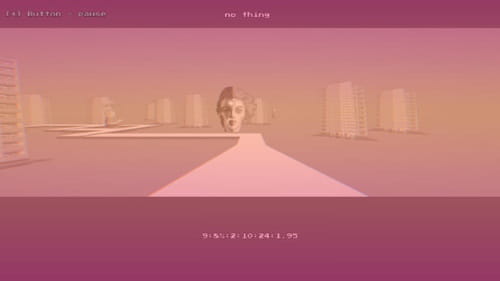 You will like it if... you love simple and psychedelic games.

VA-11 HALL-A: Cyberpunk Bartender Action is an interesting simulation game in which your role is that of a barista who works in a place where a bunch of colourful characters come in for drinks. Your mission will be to serve them drinks and listen to their personal experiences. The developers of the game, the Venezuelan studio Sukeban Games assure that the clientele of this strange cyborg aesthetic bar are based on secondary characters from movies that the writers did not develop.

You will like it if... if you want to become a bar based psychologist.

Untitled Goose Game: The Most Destructive

Launched in September 2019, Untitled Goose Game became quite a buzz despite the simplicity of its graphics and gameplay. Basically, the aim of this game, with a funny and clumsy goose as the protagonist, is to make life a little more difficult for the inhabitants of a peaceful little English town. You will do this by entering their properties, stealing their belongings, throwing objects at them, and above all, driving them crazy with insufferable squawking and running away before they catch you. Untitled Goose Game is a comical game that is really entertaining. 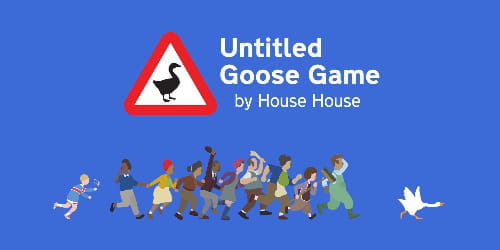 You'll like it if... you enjoy driving others mad.

West of Loathing: The Most Immersive

West of Loathing is a game that combines meme aesthetic graphics, like doodles drawn by children, with incredible plot complexity. Located in the Far West, characters must carry out all kinds of missions (duels are just one of them) and survive in the world of cowboys devised by creator Zack Johnson. This game contains lots of dialogue and detailed narration that will get you deep into the story. 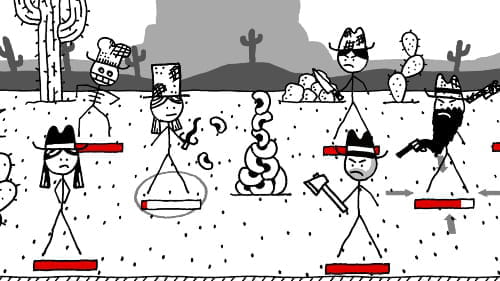 You will like it if... you are fascinated by video games with comic overtones.

Pool Panic is a fun and varied game that, as its name suggests, has billiard balls as its protagonists. Your mission will be to walk a white ball through different scenarios in which you must find the rest of the hidden balls and strain them into the different holes as quickly as possible until you reach the black ball, which will allow you to go to the next level. Although the controls are simple, the handling is complicated due to the multiple traps that we will find along the way. Its hundreds of levels with excellent variety will guarantee fun for hours. In addition, it has a multiplayer mode for up to four participants per console. 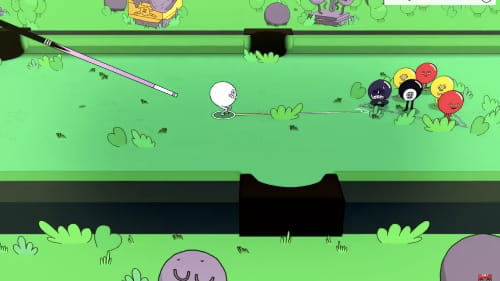 Related
This document, titled « Quirky Nintendo Switch Games You Need to Play », is available under the Creative Commons license. Any copy, reuse, or modification of the content should be sufficiently credited to CCM (ccm.net).
Previous

How To Block a User on the PlayStation 4

How To Block a User on the PlayStation 4
PSN Service - report an incident, report a complaint