The internet is packed full of funny memes, hilarious gifs and expressions and emoticons that form part of its own unique language. The newest kid on the block is the bomboclaat. Have you ever seen posts with that word and not understood what it's all about? In this article, we’ll explain the origin of the expression and how to use it on the world wide web. 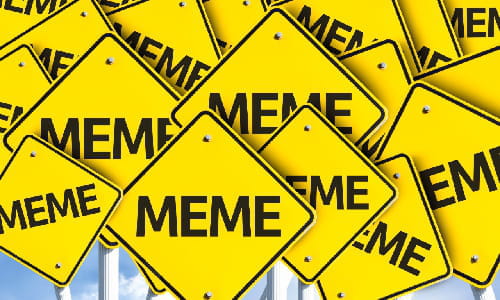 According to the Urban Dictionary portal, the largest source of slang and more modern expressions in English, bomboclaat has its roots in Jamaica. According to one of the entries about the term, this word is used on the Caribbean island as an expression of surprise and irritation after it was initially a defamatory term to refer to both menstrual products and toilet paper.

In another definition published on the site, there’s no exact meaning or translation for the word, but rather just that it’s a curse word used daily, to express strong feelings both positive and negative.

How to Use The Expression on The Internet

As seen above, there’s not much of a general consensus on what bomboclaat means other than the fact that it’s an expletive used regularly. The only common definition is that the word is of Jamaican origin. So how to use it on the Internet and what are bomboclaat publications?

In the instance of bomboclaat publications, the meaning is slightly more straight forward than the definition of the word and as you may already expect, none of the dictionary definitions apply. On the internet, a bomboclaat post is always accompanied by an image or video and the term serves to invite other users to suggest subtitles for the scene portrayed.

Where Did The Expression Come From?

It's always very hard to tell who originally coined an expression on the Internet as it spreads so fast. On some sites, the expression boom was initiated among user circles in Nigeria and from there, spread to other countries. In other places, the original publication is claimed to have been made in September 2019 on Twitter: 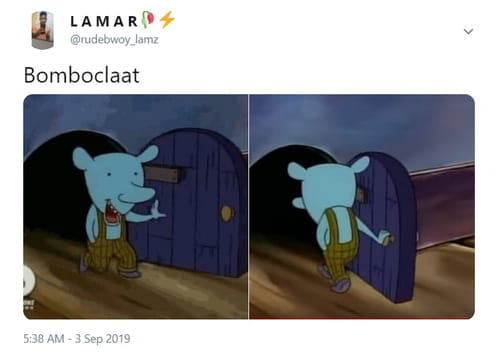 Users have also pointed out that the expression could be the substitute for sco pa tu manaa, another meaningless expression that enjoyed enormous success on the Internet in the first half of last year and that also provoked intrigue about the meaning of an image. 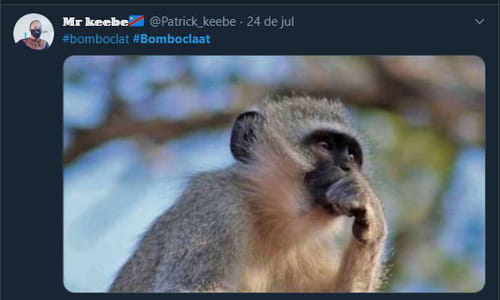 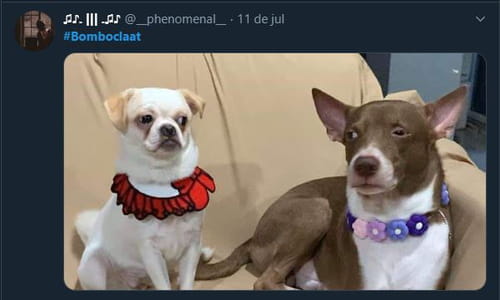 Related
This document, titled « What is Bomboclaat? », is available under the Creative Commons license. Any copy, reuse, or modification of the content should be sufficiently credited to CCM (ccm.net).
Previous

How to Make Free Calls From Your Cell Phone or PC