Previous Topic Next Topic
Not a huge problem or anything. Just wondering.
I made 3 hard drives when I installed windows 7 Ultimate, cause I thought I would have to make one for system reserve, since the installer stated the 900GB hard drive as system reserve instead of 'Primary'. 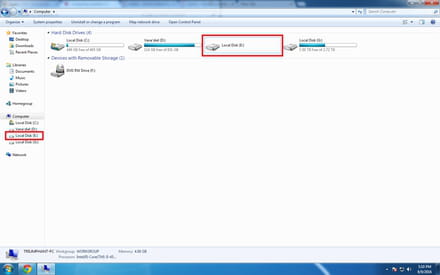 The extra drive I made is showing as Local Disk E. Apparently, I need to format it to use it. So, I was wondering if I formatted it, would windows take any other drives there for system reserve?.. IK, stupid question, just worried another drive could disappear since it looks like, windows ddnt take a system reserve part.
Related:
Answer 1 / 1
If you format it, it will erase all data on the drive. The reserve partition is built when you run the create restoration.