It is one of the most popular online pc racing games available for gamers.

The player can also create his/her own circuit and play as much as he/she wants. Thus, in case there is a predefined circuit in the game, it is still possible to invent others. 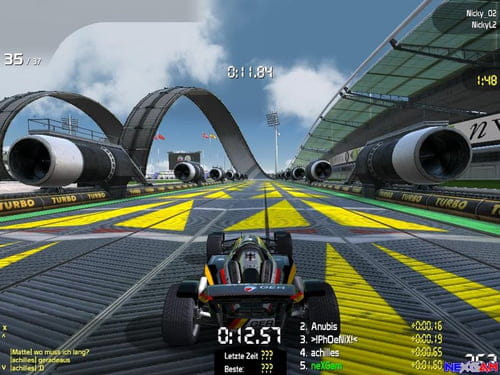 It is one of the most popular online pc racing games available for gamers.
Great for pure, simple racing - but not simple to get started. No explosions, crashes, etc., no blood or gore - once you get the hang of the different race types & controls, great fun for a LAN or online game
One of the best racing games for gamers who want to race in a videogame about cars racing against each other when controlled by gamers who play this game by pushing cars forward. (Just in case there weren't enough pleonasms in the description.)
good
View all 19 comments