Google Play Store is the official Google store where you can download apps. It contains thousands of free or commercial softwares. It's the safest place to download apps, but there's still room for improvement from Google.

The Google Play Store app is Google's official source for Android apps and downloads. In addition to housing over one million apps and games in its digital library, the Google Play Store also provides a multitude of music files and videos. Users can search for specific applications by keyword or browse apps in the Google Play library via category. Purchases are made directly on the app and are downloaded to any Android device (tablet or mobile phone) linked to a user's account. 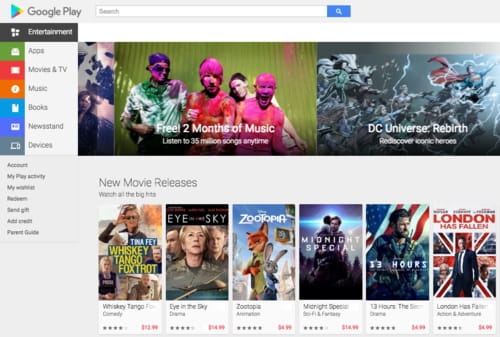 Being the official Android App Store, Google Play is arguably more trustworthy than some third-party app stores. However a large number of tech commentators argue that Apple's App Store is safer. This is in part due to Apple’s selective nature. While Apple has fewer apps available to download, they are generally more selective in what apps pass their controls and have gained a reputation for quality over quantity.

On other hand, Android is more likely to allow an app to be uploaded onto their store. This is good for app developers because they have to jump through fewer hoops before their app can get to the public. The downside of this accessibility is that questionable apps can slip through the net, causing potential security concerns.

Ultimately it is up to the user to be careful with what they are downloading. You can read user reviews and comments before you download anything.

Can I Download The Google Play Store On Tizen OS