Google Street View is a service offered by Google, available with Google Earth and Google Maps, allowing you to view and tour the streets of major cities around the world. With a panoramic view, Google Earth offers a 360° view from a point on the street. It is also possible to use navigation arrows to move from point A to point B. 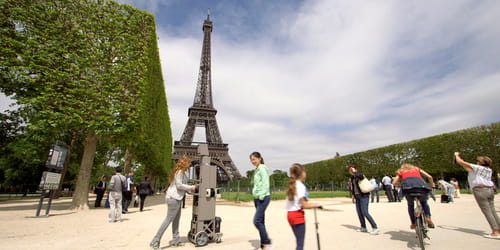 To achieve this, Google has equipped cars with a 360°view camera. By taking regular photos, Google is able to give Street View a realistic feeling. People and license plates are blurred to respect privacy. In Google Maps or Google Earth, a small orange character named PegMan is visible near the zoom area when you will find a panoramic view. Simply drag the PegMan onto the street to access Street View.
Share
Related
Latest update on April 23, 2020 at 10:48 AM.
View all 5 comments