A perfect app if your screen is broken and the buttons don't function!

Assistive Touch is an application that allows you to configure certain functions on your touch screen to make your phone easier and faster to use. 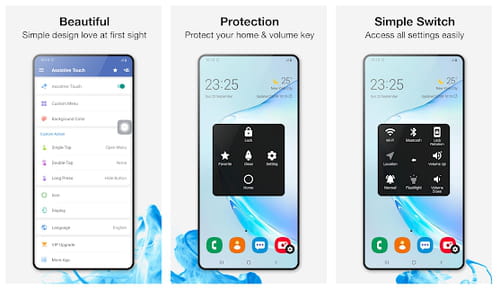 The Assistive Touch app is made for you to be able to set up some shortcuts and make your phone more agile. Options include:

* Set quick taps on your screen to create shortcuts to the camera, certain applications, the flashlight, airplane mode, and more. * Master tap to lock or unlock the screen. * One-touch volume change on the screen. * Create screenshots with a custom touch. * Record screen and audio from your phone. 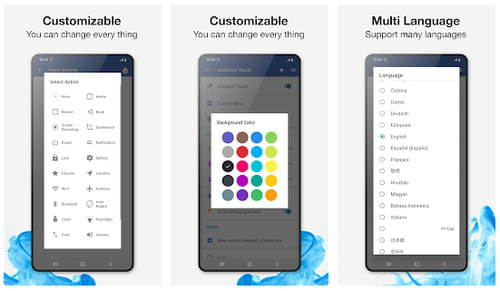 In addition to the quick touches, Assistive Touch includes a very useful feature called Ram Booster that allows you to clean the RAM memory and increase the speed of your phone.

Note: For certain advanced features such as screen capture and recording, as well as the power usage pop-up, a software version 5.0 or later is required. Size: 8.5M
Current version: 3.1.11

This has become one of the star applications for phones that have had one of their few buttons stop working, either the start menu or the volume button. With Assistive Touch you can set up touches on the screen to access them.